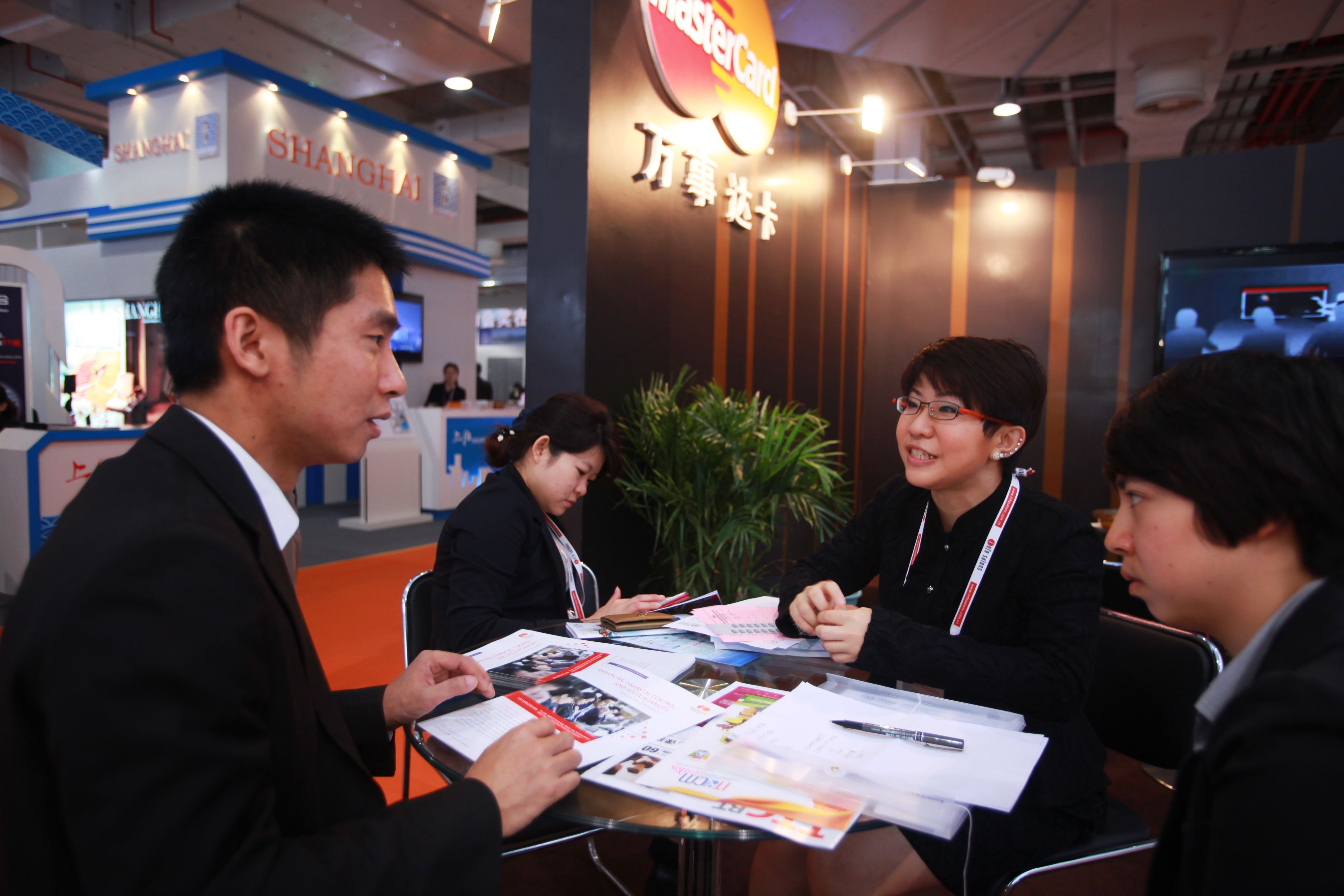 The 7th iteration of IT&CM China, the international MICE event setting out to “Promote China to the World and the World to China”, was held from April 17 to 19 at the Shanghai World Expo Exhibition & Convention Centre.

Forming the bedrock of an expanded Shanghai Business Events Week, the objectives of this year’s IT&CM China provided a few twists in direction, as well as a whole range of new initiatives to go with them, all of which ensured there was yet again a lot for the MICE industry to shout about in Shanghai. The main twist to this year’s event was the increased focus on attracting domestic buyers, at 65% the Chinese buyers for the first time making up the lion’s share of the total buyers.“This emphasis on the Chinese buyers is what IT&CM China is about,” said Darren Ng, Managing Director of TTG Asia Media, co-organiser of the event. “What makes IT&CM China’s value proposition unique from the other IT&CM events in Bangkok and India, is the opportunity for exhibitors to explore business potential with the Chinese market.”With shoring up domestic buyers a new focus for 2013, a part of this twist in the event’s gaze was to exactly who they would consist of, one that took them in the direction of association and corporate buyers.

“Our exhibitors tell us that they are also interested to meet with association buyers and corporate travel buyers,” explained Dake Zhu, Event Director of CITS International MICE, co-organiser of IT&CM China. “Thus, this year, the composition of Chinese buyers will have a higher percentage of [each of these] buyers.”Building on and enhancing these new directions for 2013 was the second major twist of launching the inaugural Association Day and Corporate Travel Forum. This was developed with industry partner the MCI Group and offered keynote addresses and forums by reputed experts in the fields, including from the MCI Group themselves as well as from the American Society of Association Executives (ASAE), the Global Business Travel Association (GBTA) and other leading groups.

Having ensured that the event programme topped the richness of 2012, the organisers further ensured that other new initiatives would assist delegates in getting as much as they could from everything on offer. A key facilitator of this was the new online diary that allowed pre-show scheduling of 100% of appointments, meaning delegates could arrive and be up and running from the off. “More than 90% of exhibitors took advantage of this facility, and further, over 40% of exhibitors achieved 80% completed schedules 10 days before the event,” noted Ng of the initiative’s success.

With a packed diary and an endless amount of high quality material to choose from, a further new initiative for 2013 meant that should delegates have missed something that was on their radar, there was always the chance to get a hold of it the next day.  “Thanks to technology, we are able to bring video highlights of the event from the day before (on Youku – China’s video streaming site), right to our delegates,” said Ng. “These video dailies not only capture the essence of the key sessions that took place, but also give delegates, or other industry professionals who are not present, a glimpse into what took place. Complementing the existing printed TTG Show Daily: IT&CM China 2013, this is our way of taking communication with our delegates and the industry to another level.”

The results of all these new initiatives were reflected in the 2013 event indeed reaching a new level – 3,000 MICE professionals from sectors including DMCs, PCOs, corporate travel and associations engaging in more than 10,000 business appointments and connecting through 60 business, education and networking sessions all helped to make 2013 the best IT&CM China yet. The deluge of one-year advance booth bookings for 2014 and an uplift in buyer and media registrations are further signals of the upward trajectory of this key event, just like its host city of Shanghai, for promoting China to the world.

“We are extremely satisfied with this year’s results,” said Darren Ng, Managing Director of TTG Asia Media. “The show’s new initiatives have proved a hit among delegates, while achieving its objectives of bringing IT&CM China 2013 to the next level. The industry can look forward to an even more compelling IT&CM China 2014 from 15 to 17 April.”

As a key industry figure Kongres is one party eagerly anticipating what will be making next year’s event even more compelling, and looks forward to reporting back on what can be shouted about the next iteration of IT&CM China in summer 2014. Watch this space for some more twist and shout!