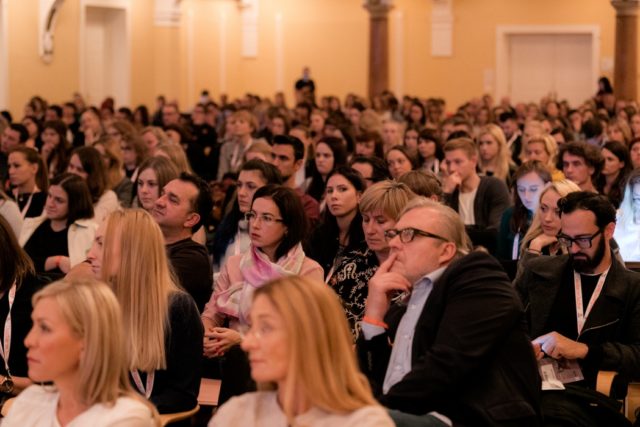 From 18 to 21 October 2016, Ljubljana with Ljubljana Castle, Grand Hotel Union and Ljubljana Exhibition and Convention Centre hosted communication and advertising professionals from around the globe.

“In its refreshed image and location, as well as its competition and congress program, the festival is headed on a new path, thus sending the clear message that it has outgrown its advertising framework and took over the platform of creativity,” said Mojca Briščik, General Director of the Golden Drum Festival and the Slovenian Advertising Chamber, before the festival start.

In 2016, Golden Drum indeed turned a new chapter by switching from a long-time seaside location to a lively city center of Ljubljana. With a new main location at Ljubljana Castle that offered several micro programme locations, the festival turned to Union Hotels in search of a congress hall with a suitable capacity. The Grand Union Hall was chosen as the venue for keynote lectures, while Union Hotels were also the main accommodation provider of the festival, accommodating VIP guests in Grand Hotel Union, Grand Hotel Union Business and Hotel Lev.

On Wednesday, every nook and cranny was filled when Emma Wilkie, Managing Director at The Gunn Report Ltd from United Kingdom took the stage of the Grand Union Hall to explain the Gunn study. The excitement increased as Cindy Gallop, Founder & Chief Executive Officer of IfWeRanTheWorld and MakeLoveNotPorn, stepped on the festival podium in her unique way. She emphasized the importance of women in leadership position in advertising industry and confirmed that women leadership brings success to the agency. “Women make shit happen. Women get shit done,” she bluntly said.