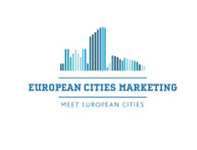 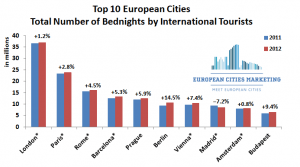 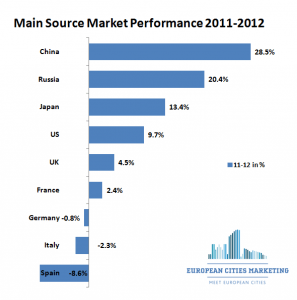 “Bednight numbers representing tourists from BRIC markets such as Russia and China grew tremendously over the previous year, proving once again the importance and potential of these countries as strong source markets for the European tourism industry.” Strong growth in these emerging source markets points to an ever-diversifying market to which European cities will need to cater. 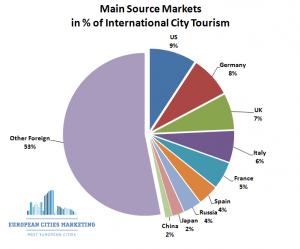 These figures are based on data from an initial 58 European cities; the full ECM Benchmarking Report to be release in June 2013 will include data of more than 100 cities. For further information regarding the Benchmarking Report, please visit www.europeancitiesmarketing.com