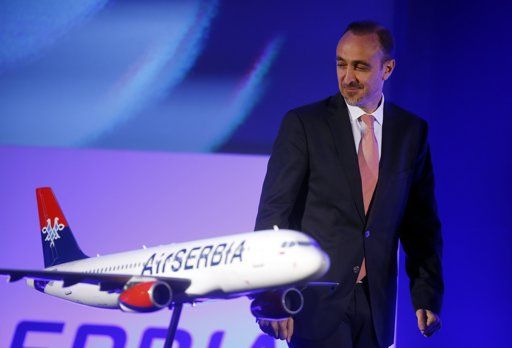 The Jat Airways Joint Stock Assembly yesterday approved the endorsement of the Serbian government to name Dane Kondić as the new CEO and President of the airline, relieving acting CEO Velibor Vukašinović of his duties. Mr. Kondić, who will head Jat through its transitional period over the next month and a half before taking on the role of CEO of Air Serbia, has outlined the airline’s goals over the next few years, with the short term objectives being new aircraft and new routes as well as joint training, procurement, sales and marketing with Etihad Airways. Mr. Kondić (48), was born in Sydney to Serbian parents. He graduated economics at the University of New South Wales in Sydney and started his career with Qantas before becoming the General Manager of Worldwide Sales for Malaysia Airlines. He subsequently moved to take on the challenge of managing a tour operator, and was heading the North Asia region for a major wholesaler, based in Hong Kong before taking up a position at Etihad Airways. Mr. Kondić becomes the first non political appointment to head the airline since the Jat brand was launched 66 years ago.Velibor Vukašinović who served as Jat Airways’ acting CEO since May 8, 2013 can be credited for managing to return most of Jat’s fleet to the sky. Mr. Vukašinović took over the airline when only seven aircraft were in operation. By leasing a further four aircraft the airline is now operating a fleet of fifteen. During that time the carrier has seen its passenger numbers improve and losses reduce. In his farewell address yesterday to all of Jat’s employees Mr. Vukašinović said amongst other thing, “I would like to thank you all for your cooperation and the results we have achieved in very harsh conditions. It has been an honour and pleasure to lead such a group of professionals, excellent workers and even better people who have managed to save the Serbian national carrier despite all the wars, sanctions, bombing, poverty and bad political influences which have all deeply reflected on the airline. You should be proud that nothing could break your spirits and that every time the airline rose like the phoenix from the ashes”. Mr. Vukašinović wished Jat all the best in its next chapter.

As the official launch date of the rebranded Serbian national carrier approaches on October 27, the airline is preparing to put up for sale its first tickets according to its revised timetable. Yesterday the airline ran test by temporarily adding revised flight times, fares and equipment to global distribution systems such as Monastir for the summer of 2014 Today, Air Serbia is organising yet another round of crew casting and is also hiring in flight chefs as part of its new in flight dining concept.