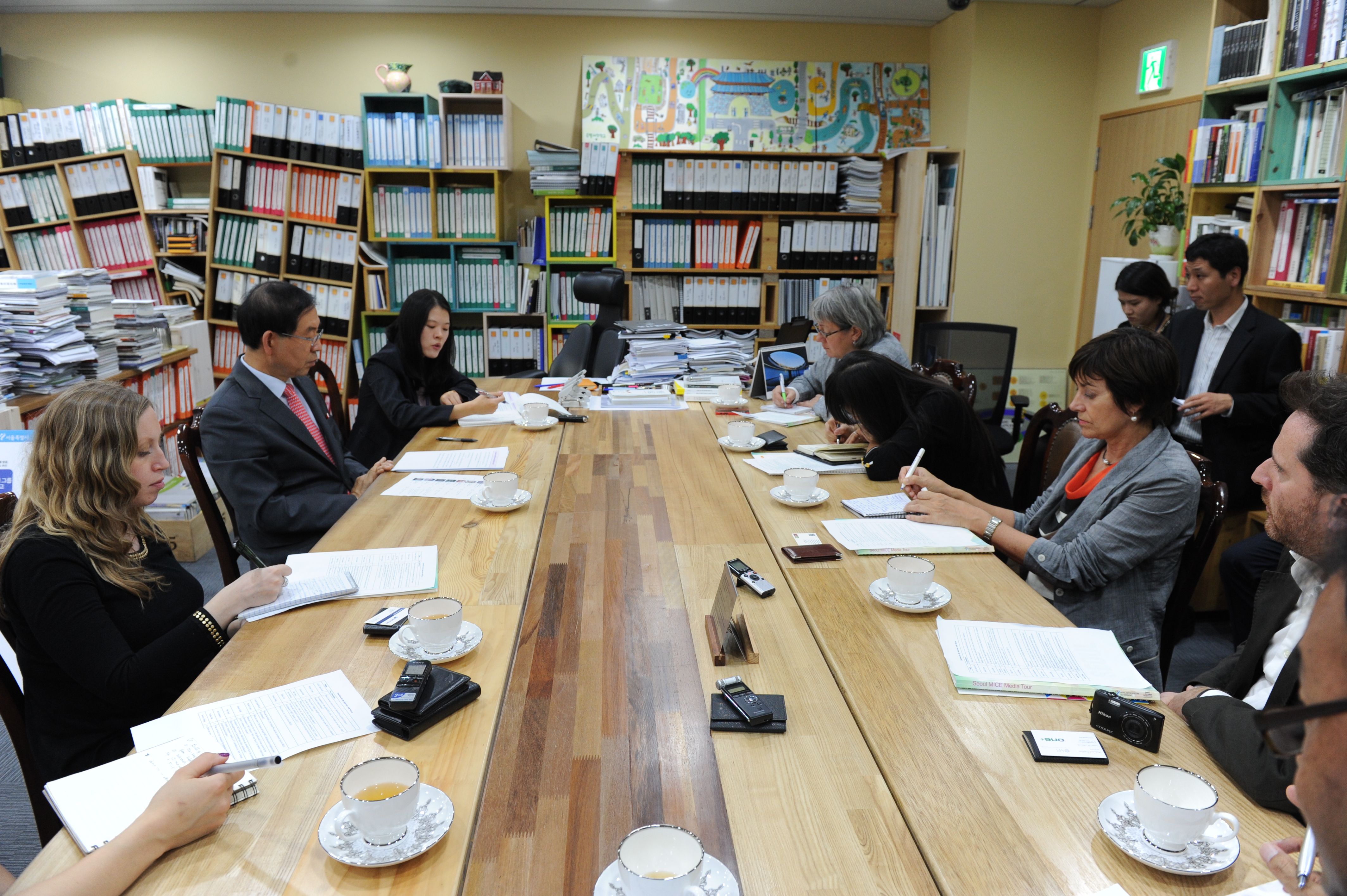 Kongres Telescope was invited to a Q&A with the Mayor of Seoul on the Seoul MICE Masterplan as part of a select group of international MICE publications. The session offered insight into the partnerships necessary to become a global MICE leader.

In the middle of a frenetically busy week – apparently perfectly ordinary by the standards of Park Won Soon, the dynamic Mayor of Seoul– we were granted an exclusive audience with the Mayor to get more information about the Masterplan, what it will mean for facilities in the city, how it will be delivered and what it will ultimately mean for the global MICE industry. Here is a selection of some of the questions posed and the answers that were shared with us.

K: Active policies are being implemented to develop the Seoul MICE industry. Why have you taken such a strong interest in this industry?
Mayor Park (MP):  With so many people travelling on business, we have selected the MICE industry as one of Seoul’s future core industries, because its economic impacts touch every other aspect of the business sector and economy as a whole. The expenditure of business visitors in Seoul for MICE-related activities is 1.8 times greater than that of general tourists. In terms of job creation rates, it exceeds the manufacturing business by a factor of 2 and the IT industry by a factor of 5. McKinsey, the global specialised consulting group, suggested in 2012 that the tourism and MICE industry should be developed extensively as Seoul’s future growth engines.

K: What is the government’s current policy for attracting MICE events to Seoul?
MP: Seoul has been operating a one-stop support program covering the initial stage of attracting international meetings to the actual hosting of the event. In 2008, Seoul City established the Seoul Convention Bureau, a division of the Seoul Tourism Organization, consisting of MICE professionals. During the first phase of attracting a MICE event, the following support services are available: assistance in bid preparation, a one-on-one presentation workshop and consultation on successful bidding strategies, site inspections of convention facilities and unique venues and information on tourist attractions.

Administrative and financial support are also provided, such as support funds, cultural performances, promotional materials and welcome messages on LED multi-screen displays at Incheon International Airport are available during the actual hosting of the event.

In addition, Seoul Tourism Organisation operates the Seoul MICE Alliance, a partnership of 113 private-sector organisations in MICE and related fields, such as convention centers, hotels, PCOs and travel agencies.     Together, they participate in joint marketing activities such as MICE industry tradeshows, Seoul site inspections for international congresses, and Seoul media tours.

K: What kinds of role or contribution do you make as the Mayor of Seoul in order to attract MICE events?
MP: I am actively marketing Seoul as a MICE city through my participation in international events hosted here. I engage in conversations and interviews with key speakers and other visiting professionals. My upcoming schedule is to participate in the general meeting of UFI (Union des Foires Internationales), the association of trade show organisers, fairground owners, national and international associations of the exhibition industry, and its partners, in November 2013. I also network with organisations and bodies that can bring MICE events to this city and listen to their suggestions.

In addition, I often meet with the president of an association considering Seoul for an international event and show him/her Seoul’s charms as a global MICE city and if I cannot participate in person, I will provide a promotional video, explaining Seoul’s capabilities for business events and its attractions.

Promotion of this city through international MICE media is another example. This interview with you right now is also an important duty that I am doing in person as mayor to attract MICE events.

One thing we are working on is the development of programs in which event participants can create memories in Seoul, both through the event itself but also post-tours, etc.

K: What is Seoul’s goal or aim for the future of the MICE industry?
MP: Seoul will aim to become a global centre of knowledge and economy and a leading global city of innovation, with the latest information and techniques communicated and shared through the MICE industry.

The important points of future economic development are knowledge, creativity, dissemination of information, communication and convergence. The MICE industry will function as the platform for the development of these factors that enhances the economy.

If this goal is met, it can be stated that MICE Industry will bring growth in the economic, social, and cultural areas of this city and in turn will enrich the very lives of the citizens of Seoul.

K: What are the main elements of the Seoul MICE ‘Master Plan’?
MP: The vision for Seoul is to become a leading global MICE city. There are four policy tasks involved in the master plan to develop the MICE industry in Seoul:

K: What are the detailed plans for Seoul to expand its MICE infrastructure?
MP: Seoul’s meeting and exhibition space is only 30% of the average of the top 5, with a total of 214,000m2. Seoul needs to triple its convention and exhibition space by 2028 for a total of 186,000m2, meaning an addition of 122,000m2 of space. The goal is to expand facilities in the metropolitan area, Yeongdong area and Magok area in 3 separate stages by 2020, [going] from 60,000m2 to 180,000m2 of exhibition and convention space.

K: What is the role of the public sector to develop the MICE industry and how does Seoul cooperate with the private sector?
MP: The MICE industry is a complex industry of interconnected entities such as private enterprises like PCOs, travel agencies, hosts of exhibitions, hotels, shopping, tourism, and groups and corporations such as institutes and associations. Therefore, cooperation for division of roles between private and public sectors is of utmost importance for the future development of the MICE industry. Collaboration between government and private businesses is the most important. It is crucial for the public sector to improve the system, make significant investments, and build a connection link for networking between private entities. The public sector should focus on the creation of an environment where people can work efficiently, [through] improvement of the law and systems, expansion of infrastructure, such as exhibition and convention centres, supporting R&D, and supporting the manpower supply and demand system, such as training quality manpower. The government’s role is to create bridges for active networking between MICE companies, corporations, institutes and associations and improve confidence and trust in the public sector’s ability to do these things.

Seoul has established and is operating the Seoul MICE Alliance, a network of MICE companies, such as convention centres, hotels, PCOs and travel agencies. The SMA runs cooperative initiatives to attract MICE business, such as joint participation in overseas MICE tradeshows, support for site visits in Seoul for international organisations and corporate meetings, and media tours of Seoul’s MICE industry.

K: What unique venue in Seoul would you recommend?
MP: As a 600-year old capital of this peninsula, there are many traditional venues with rich culture and history, complimented with the natural surroundings, such as mountains and the Han River. [However], I would like to recommend Dongdaemun Design Plaza and Floating Island, which are the two facilities due to open next year.