Adria Hotel Forum , in its second edition , continues with a goal to initiate discussions within the sector  and to encourage faster and quality -oriented development  of the hotel industry .
The theme of AHF in 2014 , which will be held on 11. – 13. February, 2014. at the Westin Hotel in Zagreb is “Investment and innovation in the hotel industry”.

Zero day , February 11th, will contain only the afternoon program where there will be organized a series of educational sessions . One application covers the topic of projects financed from EU funds and the training will be held by Eufondia, a company that successful experience in the field in Slovenia for many years.
During the first day, 12th of February , the panels will focus on investments – with reference to the market situation and the position of Croatia as a member of the European Union and seeing the Croatian region from the perspective of foreign investors.
The second day, February 13th , will gather and present potential of investment in innovation as a model for attracting new markets and implementing new supply in order to raise the quality and to achieve added value for both the guests and service providers . Within the innovation, opportunities in all segments of the hotel will be presented from design and construction through sales and technology to the peak of each experience of the service.

As a part of the Forum in 2014. two tenders will be carried out:
– ASIC ( Adria Student Innovation Contest ) on the theme “Innovative projects / models / products that will encourage the extension of the tourist season in Croatia “
– Menerga tender for grant subsidy of Green energy solutions for hotels in the Adriatic region

Adria Hotel Forum 2014 presents an international exhibition of the panelists. Through meaningful units of this year’s program , which includes regional , European, environmental and other issues on their relevant experience will speak ( below are just some of the panelists this year AHF ) : 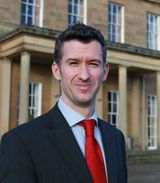 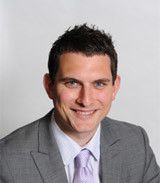 Robert McCann is Corporate Responsibility Manager – Environmental Sustainability, with InterContinental Hotels Group (IHG) based in Buckinghamshire, UK. Rob manages IHG’s global approach to environmental sustainability for over 4,600 IHG hotels worldwide. Rob joined IHG in 2011 after four and half years with Royal Mail Group which he joined from university in 2006. After joining the HR Graduate Scheme, Rob quickly moved into Corporate Social Responsibility and worked to set up a leading carbon management programme with the Head of Sustainability. Rob became Environment Manager of Royal Mail Letters in 2009, with responsibility for sustainability programmes within the Fleet and Procurement functions. Rob currently manages IHG’s Green Engage online sustainability programme which helps IHG hotels to measure and managed their environmental impacts, and has responsibility for integrating into Design, Construction and Engineering functions. Rob also leads on IHG’s carbon strategy including ensuring compliance with regulatory schemes such as the Carbon Reduction Commitment and sits on the Environment Agency’s Operations Liaison Group. Rob has a BSc in Psychology from the University of Sheffield and an MSc in Environmental Science: Legislation and Management from the Institute for Environment, Brunel University. 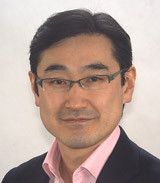 Takuya Aoyama is responsible for developing Hyatt’s various brands in Russia and CIS.  His career in real estate started at the beginning of the nineties when he worked at the Moscow office of Saison Group and participated at the negotiation of a 49-year land lease and joint venture agreement to develop the so-called Japan House office building. Since then, he has held positions with companies including Holiday Inn Worldwide, Andersen and Starwood Hotels & Resorts. He has a master’s degree from the School of International & Public Affairs, Columbia University.