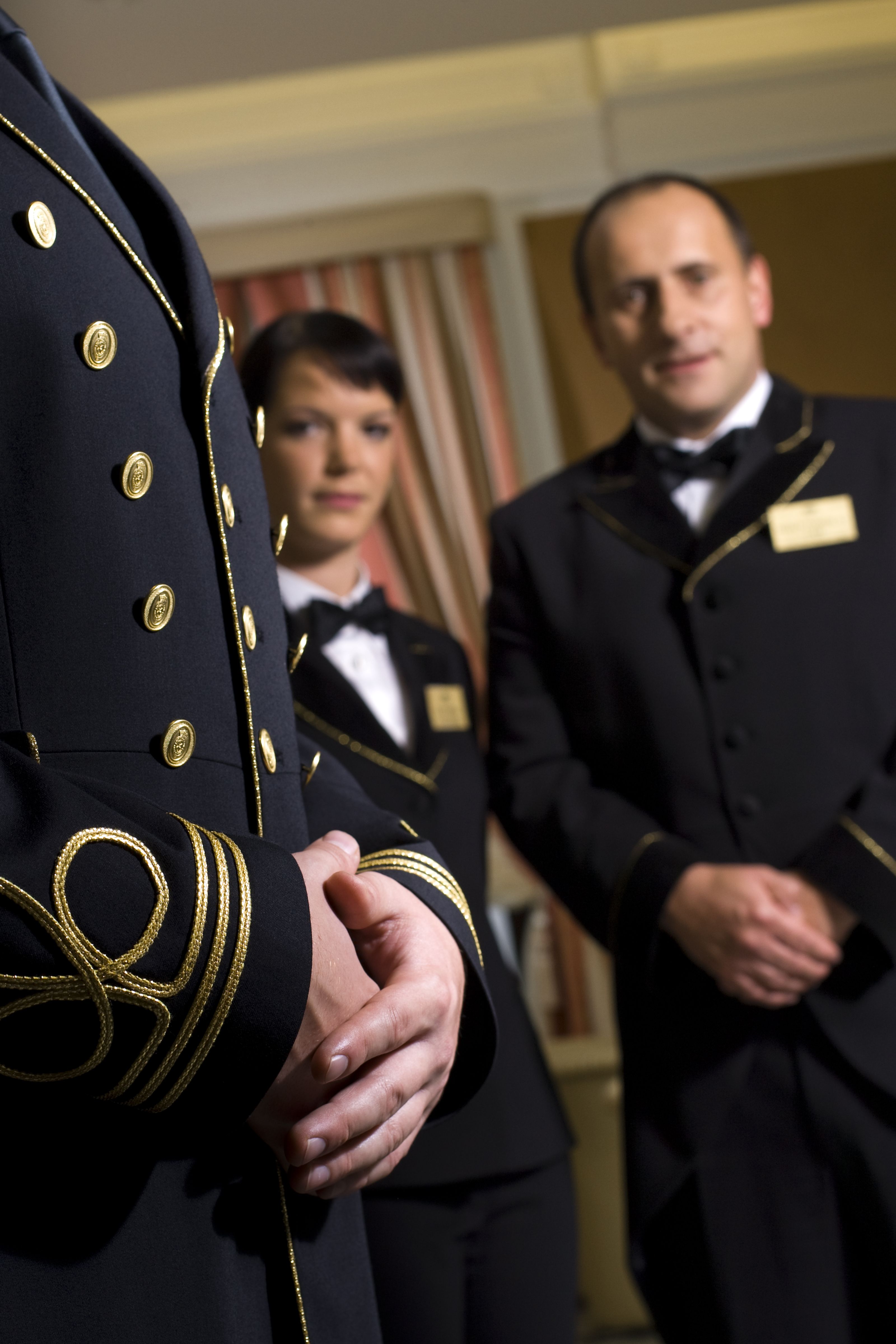 Grand hotel Union allowed us to look behind the scenes where the congress guests are usually not allowed to go. We found out what happens when the working method breaks down, what’s going on behind the scenes of the reception and who is the first to come to work…….

A friendly receptionist at the main reception of the Grand Hotel Union directed one guest to one of the most famous restaurants in Ljubljana. In the lobby the one and only shoe cleaner was waiting for its first guests. A lively team of congress organisers was preparing plan for its conference with the first morning coffee at the Aperitiv bar. Later we learned that they are the guests whose conference is starting the congress season in Ljubljana’s largest convention hotel. Their punctuality depends on the consistency of railway schedules across Europe.

At four o’clock in the morning the work in the Grand Hotel Union kitchen has already begun. The kitchen works like a well oiled machine, where each knows what his assignment is. Chef Janez Dolšak is responsible for a team of 3 chefs who begin first of all with the preparation of bread, sausages and grilled dishes. More than half of the bread is prepared in the kitchen. Work progresses towards eight o’clock, when the kitchen is filled by 30 chefs. The Chef then likes to take a walk to Ljubljana market place for shopping as well as for inspiration for the creative dishes that he creates as a member of the Slovenian national culinary team. As he says, there is always plenty of time for improvement and creativity in the daily work, which he likes to test at competitions together with his team. The quantity of food that is served in the kitchen is impressive. They prepare over 1,500 eggs for breakfast if they have a fully occupied hotel. Quite a lot of food remains and goes to biological processing.

Despite the reduction in the congressional budget, the chef’s challenge is to prepare creative dishes from cheaper materials. Linked to that, most popular of all is light food – there is increasingly less demand for meat and more and more for vegetables. The employees are also eating in the hotel canteen. They try to have diverse food adapted to the work they do. For Janez Dolšak, the office work is the less pleasant work. To young people interested in this challenging and creative profession he advises a lot of patience and diligence. As a treat we can also tell you a secret: in the team of chefs at Union is also a gynaecologist who changed his profession to take up the spoon at this legendary hotel.

A technical coordinator is in the hall at least one hour before your event. Miha Mramor worked for 6 years as a technician student and successfully completed his multimedia studies. Each month together with his team he takes care of 100 events. As he says, the biggest problem is battery failure, which sometimes causes the microphones not to work. He says that customers appreciate if he is present throughout the event, as it creates a sense of security for organisers. Conference guests don’t have to worry if the power cuts out, because in such cases they have a generator deep in the bowels of the hotel. At the moment Miha is most proud of the latest HD projector, which is the second one in Slovenia and provides truly superior projection. In addition, he says that the acoustic in the main Union hall is superb.

In the lobby of the hotel there is a special start-up story for nostalgic guests. Anže Stare came up with the great business idea at the time of his unemployment. He set up the elaborate chair for cleaning and shoe caring, the type you can remember from the old days and often see in movies. The overall design of the chair is the result of local knowledge. As he says, this was the only thing that he could afford at the beginning of his career, plus he does not have competition in Slovenia. Quite a number of guests take up this service, most notably foreigners. The price is from 4.50 to 6 Euros and many guests say that the shoes look even better than when new. Anže wants to extend the service to other hotels from the Union group and he will also be happy if you invite him to your conference.

Even before the guests find themselves in the hotel, Otto Škrbinc takes care of them in leading the booking service. Otto is among the most established of the  hotel staff, being employed in 1979 in the former Holiday Inn hotel. He knows the hotel from head to toe since he began his career as a lift boy and in the meantime has performed the work of a master of bathing in the secretariat. Since then, the hotel industry has changed fundamentally. Walk-in guests became considerably more in numbers, especially in times of fairs. The role of travel agencies has also changed significantly. Otto believes in the positive combination of youth and experience in sales, that young people need to learn from our mistakes and that a good hotel salesperson usually gets the business.

When the sales team completes their work, then begins the work of the reception. Miran Erjavec is the shift manager who himself performs a lot of the work before the guests even arrive. Night work is very important. It is necessary to prepare everything for the next day, from a review of the reservations to the preparation of the material, so that everything goes smoothly the next day. With larger arrival groups at the hotel, it is necessary to examine a lot of the reservations and agreed prices. The basic rule in the work of the receptionist is discretion; it is particularly necessary to pay attention to the specific request of guests, which the reception always strictly takes into account. Guests usually do not have any ‘special’ requirements. It usually falls into stuff such as washing cars or help with health problems. Mr. Miran says that throughout his long-standing career it has not yet happened that he has not had an answer to any question.

The maids have a lot of work to do every day. Senada Zulić is the housekeeping supervisor. She usually cleans from 13 to 18 rooms per day. The cleaning process takes from 20 to 30 minutes. The most disturbing aspect for her are the late departures, when it’s running out of time to thoroughly clean up the room. It also bothers her when guests hang out the ‘Do not disturb’ sign. Otherwise, it gives her a special satisfaction when the room is ready for the guest, all clean and nicely scented. Guests frequently forget items for personal care and especially their phone chargers. There are many unusual items. Once a guest forgot 100 Euros wrapped in newspaper. The maid did not notice the money, so she threw the newspaper in the trash. The money was, however, found from the paper recycling and returned to the client. As an interesting anecdote she remembers an event that took place during the visit of American president Bill Clinton. After arrival at the hotel he got dressed in sportswear. Somehow he escaped the strict security guards and went to see the exhibition in the hotel ground floor. In the meantime, the security were frantically searching around the hotel for him, but in the end they found him enjoying the exhibition!

Famous guest at the hotel
In over a hundred years of existence, the Grand Hotel Union has significantly shaped the political and social life of the capital and its wider region. In its rich history, the hotel has been witness to many important events. In 1979, the actor and director Orson Welles stayed there, then in 1999 the Grand Hotel Union hosted former U.S. President Bill Clinton and his wife, with the Tibetan spiritual leader Dalai Lama staying in 2002 and in 2008 Her Majesty Queen Elizabeth II with her husband enjoying the hotel.