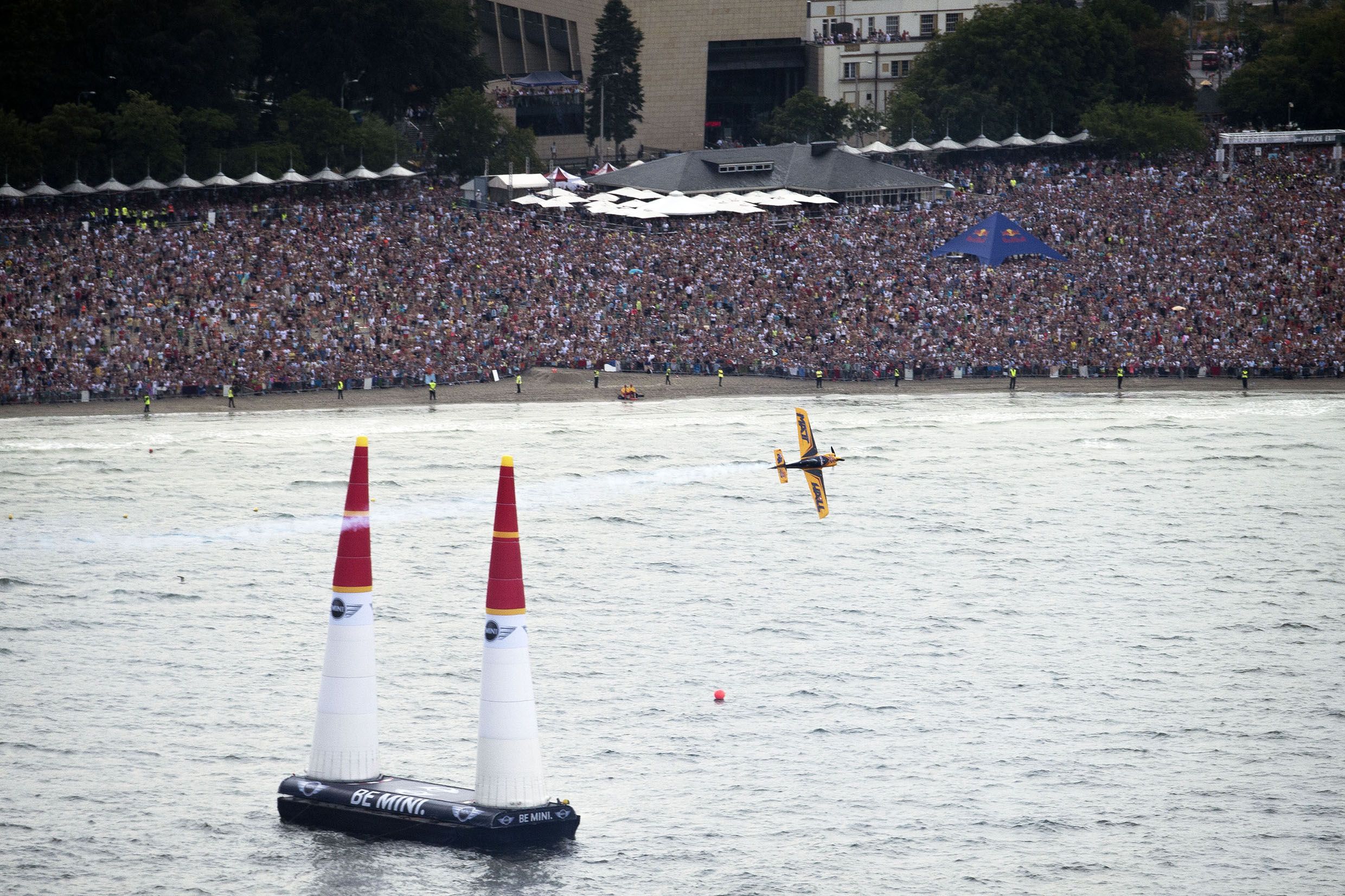 After a three-year hiatus, the Red Bull Air Race World Championship came roaring back in 2014 winning two prestigious awards in its Host Countries Croatia and Poland.

As 12 of the world’s best pilots reunited in February for the season opener in Abu Dhabi, new rules and mandatory standardization of engines and propellers leveled the playing field. This year, the competition would be tighter than ever and would make small pilot errors even more costly for the championship. It was exciting racing right through to the season final in Spielberg, Austria.

Throughout the season, fans at all eight locations welcomed the race back with venues like England’s Ascot Racecourse and the Red Bull Ring in Spielberg, Austria completely sold out, and at the race in Gdynia, officials closed access to the beach viewing upon reaching the mandated civic limit of 130,000.

The result this year was a winning season all round. The Croatian Ministry of Tourism awarded the year’s “Best Tourist Event” to the Red Bull Air Race Rovinj in a nationally broadcast ceremony attended by the country’s Prime Minister and national celebrities. “This event is of exceptional importance not only for Istria but also for the whole of Croatia,” said Darko Lorencin, Croatia’s Tourism Minister at the award ceremony. “This is one of the best examples how to create motives for attracting tourists to come in Croatia.”

Red Bull Air Race Gdynia won Northern Poland’s “The Wings of the TriCity” award by online vote of 93,000 readers of Trojmiasto.pl, the most popular and influential website of the region including Gdynia, Sopot and Gdańsk. The country’s first-ever Red Bull Air Race not only topped the votes in its own award category, but it earned the most votes among all six categories of competition, including both free and ticketed events ranging from food festivals and sporting contests to technology and urban renewal showcases.

The Red Bull Air Race attracted over 2,000 media from 40 countries and notable race attendees this year included cinema star José Garcia, Formula One engineer Adrian Newey OBE, former F1 driver Dr. Helmut Marko, motorcycle legend Robbie Maddison, America’s Cup-winning skipper James Spithill and American aviation hero Joe Kittinger, among many others. “This is such a wonderful competition,” Joe Kittinger added. “For the fans, the racing is so close that they feel like it’s right in their backyard.”

Spectators around the world could watch the action at the eight venues in addition to live webcasts and TV broadcasts carried around the world by outlets such as FOX in the USA and Australia; BSKYB in the UK, ADTV in the UAE, JSports in Japan, n-tv and ORF and ServusTV in Germany/Austria.

In 2015, the action in the track and off should not be missed. For all the latest news visit www.redbullairrace.com