Goran Tomašević: “Everything that you’re doing primarily for the money, and not because of love for this work, is losing out on quality and creativity”

We all know that people are going to events not just to work or educate themselves, but also to network, meet new people and have fun. Organisers often pay more attention to the working part of the programme, the content of the lectures, expecting that social part will go well, and that participants will relax and have fun. Nevertheless, we know that sometimes the best planned after-parties can become a fiasco and participants will talk about it more than about the lectures. Therefore, it is not easy to organise a good, fun event and achieve something that people will talk about it for a long time.

Since I have many experiences with organising various types of entertainment events – parties, concerts and festivals – I will write about my experiences. Not only about VIP dinners or parties for the corporate segment, but also about the organisation of music events and what can go wrong if you don’t think about the key elements in advance.

Nowadays there are dozens of books, blogs and web pages where experts share their experiences in event management. By transferring knowledge, they are trying to at least give some advice to those who ask. What kind of ambient sound, musicians and production to choose? On which media should we focus for the promotional campaign? How to organise a sale or insurance? These are all the issues that concern event organisers, be it an amateur or a professional, because every event is a story in itself, which poses a lot questions. A person learns while he is living and not a single college or school can teach you the organisation of events without practical experience. 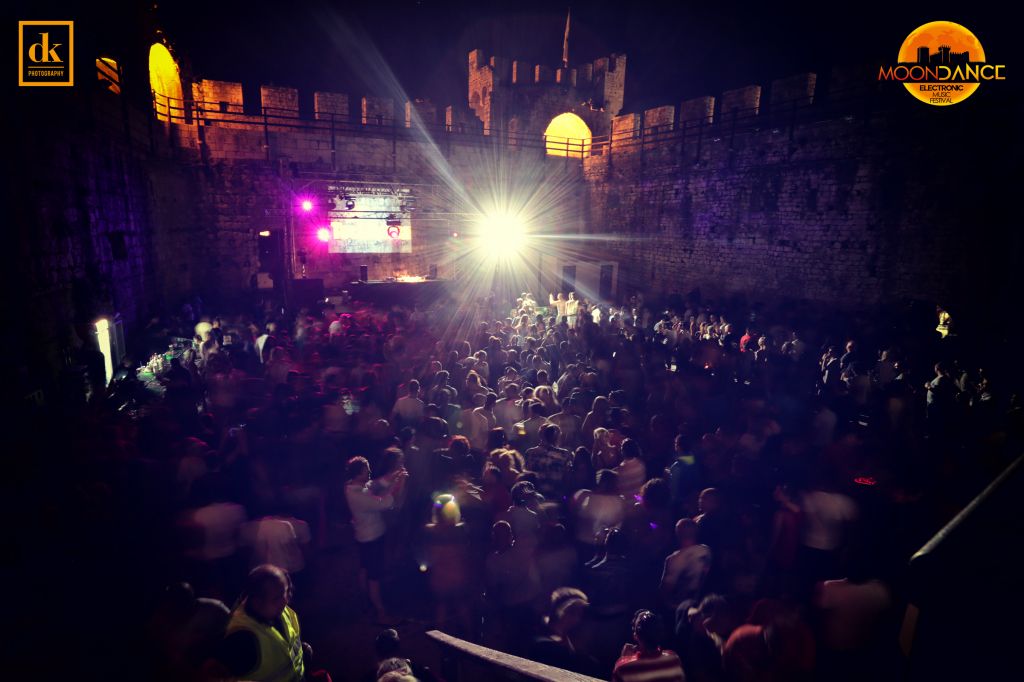 My first events – techno and house parties in Split thirteen years ago – were amateur, but I can only say that now, after I gained my experience. What gave me the boost to taste the business is my own radio show about electronic music on a local radio. Through this, I gained very important contacts with former party organisers and drew upon their knowledge.

At that time, we used different ways of communication with the audience. We did not have well developed Internet portals, social networks, text messages or mobile phones. Internet existed, but a very small percentage of Croats knew how to use it. A party promotion trademark was a “flyer” with which you could cheaply enter the club. Then posters became popular, fanzines too, and a very extensive network of specialised radio or TV shows. The most important publicity is among the audience, which is transmitted “from mouth to mouth”.

My first party was more than successful, despite the constant disapproval of the club owner, who in the end rubbed his hands with well-earned money. Despite the poor cash register conditions, the event was in surplus and soon followed a second, third, fourth and so on. Not every event was in surplus, but only when you don’t sleep for days trying to paste posters in the wind and rain and save on costs, you can see that the road to a successful organisation is really bumpy. I added some new elements, new strategies and worked on correcting my mistakes on each new event. To this day, I count over a hundred organised parties, corporate dinners, opening clubs, beach parties and similar parties for corporations, brands, clubs and festivals.

Energy and enthusiasm as a key to success

Each event, whether it’s business, private, sponsorship or other, has its own story, rules and methods of organisation, and each event organised has its own way of working.

What I wanted to say through this story related to my premier event, and was that for successful organisation you need a strong level of energy and enthusiasm as a key to success. You simply have to know and love this job. Never let money be the driver to manage the organisation of the event! Everything that you’re doing primarily for the money, and not because of love for this work, is losing out on quality and creativity. Money is still the prime mover and everyone’s goal is to make money from the organisation, but please do not be overwhelmed by money. Do not begin to calculate with big numbers, because it can often backfire.

Besides this energy and enthusiasm, today it is very important to have a good team around you. Creating a network of quality partners and professionals for today and tomorrow is just as important as finding a sponsor for the event. There is no person in the world who can arrange everything without leaning on the team or the services of external experts. To many, production (sound, lighting and set design) is not important, but this is the segment that captivates the audience and makes your event more spectacular. Organisers often save money on this element.

Today, the organiser has to invest 70% of the budget on Internet promotion, because it’s the fastest way to transfer information, but also the most efficient. It generates interaction with the audience and the dissemination of information is very fast. We have seen a tremendously decreased use of printed promotional tools, such as flyers, posters and billboards. Many don’t understand the importance of recording a photo/audio/video or live streaming video. These are segments that during or after the event have a fantastic effect for each organiser: with images and videos, you can assure yourself of a good part of the audience also for the next events.

There are events where everything is perfectly organised, but where the results are bad. Nowadays, for the organisation of concerts or parties, we no longer have guarantees, especially in the recent years of crisis. It’s also occurring that famous artists with the ideal promotion and production fail, but some less known artists with a weaker promotion turn out unexpectedly well. It’s not everything in the promotion and selection of names, but about the timing – from selecting a date, stories in the media and a media plan as to what you will serve to the public. The audience is the one who chooses, so don’t choose artists according to your taste, because in 99% of cases your taste is different from what the audience is currently interested in. 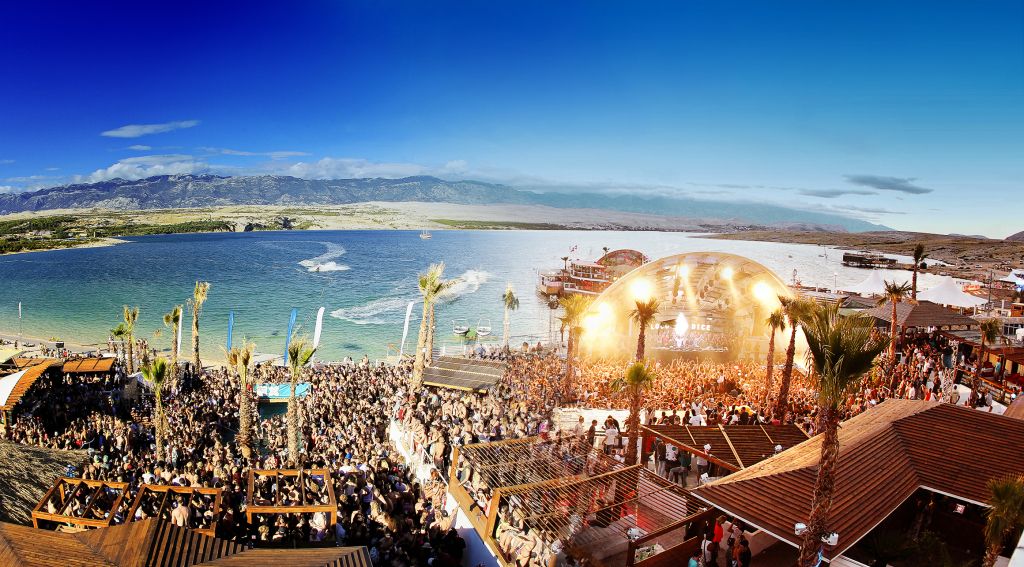 In the last few years, Croatia has become known as destination for many music festivals and concerts, which attract a mostly younger audience. Such mega events that bring together thousands of participants are extremely demanding – financially and in terms of manpower. I’ve participated in the organisation of such an event in Split five years ago, when we organised a big New Year’s Eve event in the Spaladium Arena.

When I wrote the project with our partners, we presented it to the leadership of Spaladium Arena and they started negotiations about the prices and conditions. Then followed choosing the team who would work on the project, the timeline and the media plan. The project also gathered a few people from the sales and sponsorship sector. These are key issues for mega projects that are difficult to pay off only with the bar income and ticket sales, especially when it comes to a specific music programme.

Then you come to the crucial details relating to finance. Is it better to take a smaller hall at a lower price, which is totally uninteresting to the media and where you’ll have problems with providing some kind of media visibility, or is it better to take a large arena, which is very exposed to the media and requires the highest standard of production and insurance? We decided for the second option and put on a spectacle with a fantastic media story. From the organisers’ aspect this was a very hard decision, because the financial differences were enormous.

My colleague who took care of sales had a long-standing European experience as Sales Manager of different hotel chains. Although such sales has a similar way of operation, there are different channels in the tourism and music industries, but our team member had a great idea how to connect both. Within the part of normal pre-sales and regular selling tickets throughout the region, we included travel packages, which included accommodation in a four star hotel and organised several travel agencies to offer our packages as a part of their organised trips to Split.

A very important part of this event were the sponsorships; with designed documentation, date, location, artists, facts and sponsorship packages, we spent two months in Zagreb visiting potential investors. We held conversations with telecommunications companies, alcoholic beverages brands, the tobacco industry and advertising agencies, which represented the interests of different clients on the market. We also agreed on TV rights and the possibility of broadcasting the spectacle in the form of video on HRT during the spring of 2010.

We had a very good media plan with lots of ideas that have been realised through the media. The stories were very interesting and each of them wore its own ego. We received the support of all the TV stations, newspapers, local and regional web portals and spent a good share of the budget on radio advertising in our country and in the region. Internet media was also very active, MySpace had just fallen into the realm of the forgotten, so Facebook took the initiative. Posters, flyers, hostesses, stands, projections on buildings were just some of the models of guerrilla marketing that we used. As part of the promotional campaign, we took newspaper and TV station journalists in Paris and London to record reportages in our name about the artists and brands that were coming to Split. It was all part of the media plan.

A few days before the event, a huge production took place in the Arena. Prior to that a piece of equipment got stuck at customs, because it arrived from Britain, and we miraculously managed to resolve it. A team of 50 people set up a complete sound system, lighting, set design, stage and DJ stage, with over 90 people involved in insurance. We expected several thousand people and on the day of the event we had many assistants, because we still had a lot to organise – from the VIP lounge, timing for the programme, catering and organisation of the entire protocol to concerns about the artists. 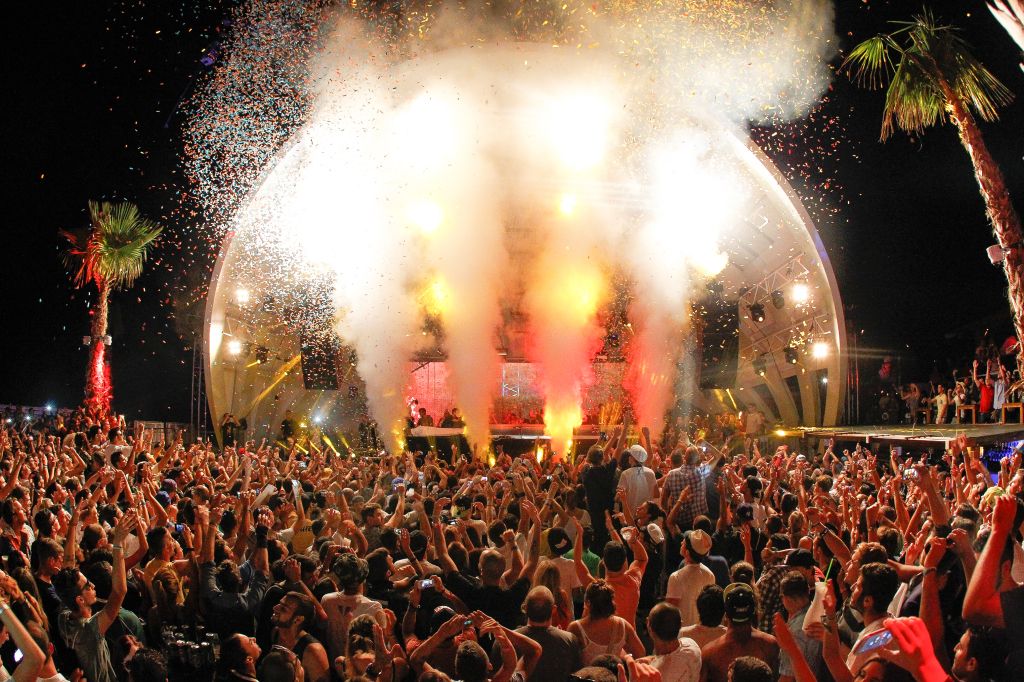 We learned a lot from these projects. In every organisation, from the first to the last minute, a smaller anxiety crawls about, because hardly ever everything goes according to plan, whether it is about signing a contract with DJs and deadlines, to ‘what if the power goes out?’, problems with gaining various work permits for foreigners and the insurances. These are all the things that cannot be solved in our country according to your plans. To make the story even better, this was the night when the power did go out in the city of Split, but the Spaladium Arena was hooked to another network, so our event was fortunately not cancelled! The question is: how would we have ended up with no electricity?

Goran Tomašević is the owner of Uhvati Ritam agency, specialised in event management, PR for nightclubs and festivals, as well as a leading social network specialist for the hospitality industry.

Olga Krzemińska-Zasadzka: “We are experiencing tremendous changes for a more sustainable lifestyle”