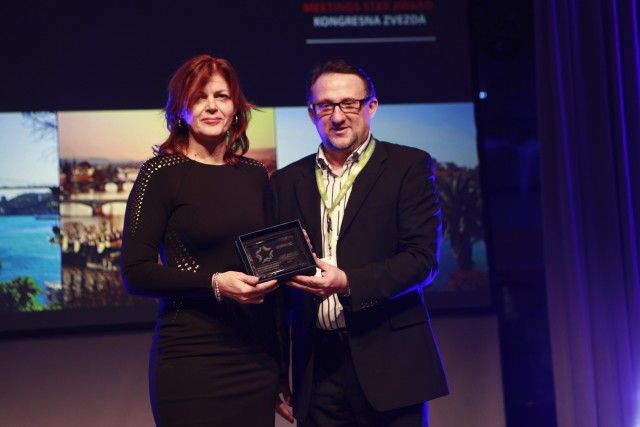 Dubrovnik is one of the three best destinations for the congress industry in Central and Southern Eastern Europe.

Dubrovnik was elected by a KONGRES magazine among 45 different ‘contesting’ cities. The award called Meeting Star, was given to the Director of the Dubrovnik Tourist Board, Mrs. Romana Vlasic. [pullquote]According to the results of the secret voting, Dubrovnik is once again one of the top three convention destinations in Central and South Eastern Europe and has received an overall score of 4.57.[/pullquote]

Meetings Star is a regional award for the outstanding achievements in meetings industry, in Central and South Eastern Europe. The award is usually given to the cities which have proven themselves in the areas of marketing communications destination, congresses, events and conference services suppliers. The award recognises individuals and businesses that stand out with their creativity and knowledge, but also measurable achievements in the domain of the congress industry. Evaluation was made using the following criteria: natural and cultural factors, general and transport infrastructure, tourism infrastructure and congress infrastructure.