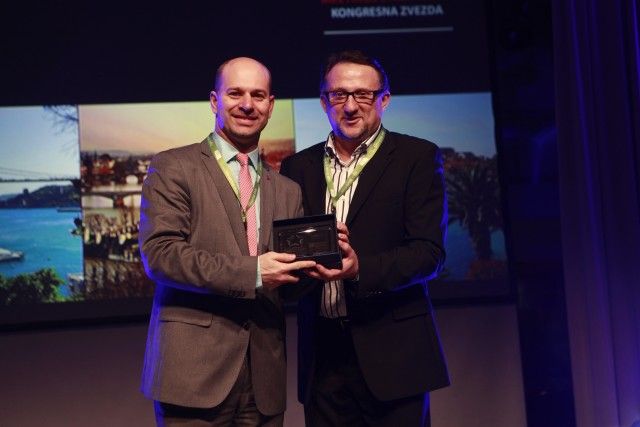 Prague has again been ranked among the best meeting destinations in the region and won another Meetings Star Award for 2014. Prague already gained this award last year when it ranked first with a total of 4.64 points.

This year, it has gained the same number of points and ranked second out of 45 evaluated destinations. The best destination of 2014 is Istanbul, third place goes to Dubrovnik.
The Meetings Star Awards are presented annually by Slovenian Kongres Magazine which focuses on MICE in Central and South East Europe. When evaluating individual destinations the following criteria are taken into account: natural and cultural factors, general and transport infrastructure, tourist and meeting infrastructure and marketing buzz. The additional criterion that the editorial board of Kongres Magazine also took into account is the current ranking on the ICCA Country and City Ranking 2013 and Mercer’s global scale of quality of life in individual capitals.
The winners were awarded at the welcome reception at 2015 Conventa trade show in Ljubljana, Slovenia, on Wednesday 21 January, 2015.

The award for Prague was taken over by a representative of GUARANT International who is a member of Prague Convention Bureau, the official convention bureau of the City of Prague.