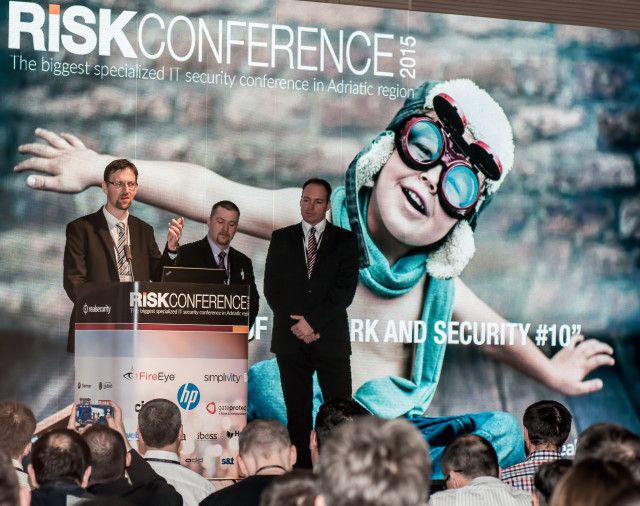 RISK 2015 was 10th conference in a row. This year, opening of the conference was marked by global fight against the increased activity of e-criminals and cyber attacks as well as raising public awareness of new technologies used by the bad guys and even some organized groups under the auspices of various countries.

“A big thank to our host, the congress center Thermana Laško, that carried out its work with excellence. The ambient of the convention center is something unique and definitely will come back next year.” added Sales Director of Real security d.o.o., Mr. David Ivačič.

KONGRES MAGAZINE ABOUT THERMANA:
A little more than two years since the opening of the Congress Centre and the Hotel for which we can say that it is one of the more likable. In addition, Thermana offers a lot for a moderate amount, which is very important today. It is also striking how much Laško can offer Lasko to congress guests in addition to the traditional beer. Everything from one of the best Slovenian cuisine author’s restaurants to exceptional cultural and historical heritage along with the option of organising green meetings.
Due to the above, Thermana’s congress offer became a hit and caused a true earthquake on the Slovenian market. Organisation of events with an option of extra wellness pampering is very nice and for the time being we can only talk of the new congress offer with respect.