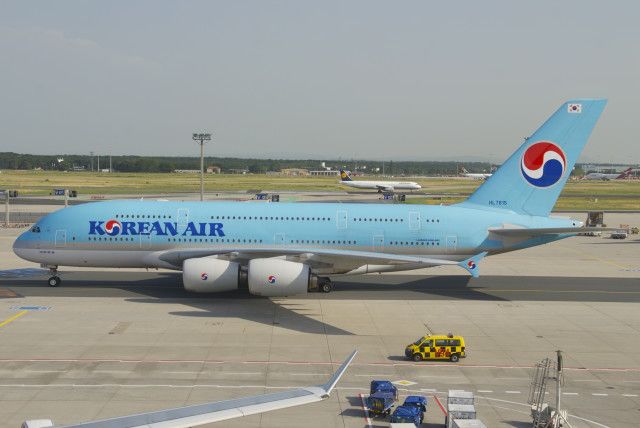 Korean Air is said to be considering launching scheduled services to Zagreb after running charter flights between Seoul and the Croatian capital for several years.

As a result, South Korea has initiated the signing of a Bilateral Air Service Agreement with Croatia. The Croatian government has approved the draft agreement, which is set to be signed in the coming period. The Korea Office of Civil Aviation initiated the Service Agreement late last year in order to regulate frequencies, designated airlines of the two signing countries, origin and intermediate points, traffic rights, type of aircraft and tax issues. Last year, Korean Air operated ten charter flights between the two countries during the summer with a Boeing 747-400 deployed on six rotations, while the remaining four flights were performed with a Boeing 777-200.

The Croatian Minister for Tourism, Darko Lorencin, has said that his country wants to set up scheduled flights to South Korea. “We are seeking to establish regular flights to Korea to cater to a surging number of Korean tourists visiting Croatia”, Mr. Lorencin said. He added, “Korea is the most important market for us in Asia”.[pullquote]Last year, more than 252.000 South Koreans visited Croatia, about five times more than in 2012, with Korean tourists ahead of visitors from China and Japan. The country has become hugely popular in South Korea thanks to a reality show. It all started in 2012 with the filming of the show “Romantic”, featuring Koreans in their 20s and 30s visiting Croatia’s hotspots[/pullquote].South Korean TV then produced another hit travel-reality show called “Noonas over flowers” – noonas meaning older sisters – in which several well known Korean actresses backpacked their way through Croatia, having a huge impact on the country’s popularity in South Korea. Ho Il-Sang, a spokesman for Korea’s top travel agency, Hana Tour, says, “Croatia is emerging as one of the most promising travel destinations for South Koreans who visit Europe”.

Korean Air operates flights to a range of European destinations including Prague, Frankfurt, Milan, Rome, Vienna, Paris, Moscow, Madrid and London. Furthermore, the SkyTeam alliance member also has a 44% stake in ČSA Czech Airlines through holding company Hanjin. Croatia has been on the lookout to attract more tourists from far away markets with Hainan Airlines to launch regular charter flights from Chongqing to Zadar on May 1 and SkyGreece Airlines to introduce seasonal charter services from Toronto to Zagreb starting June 22.