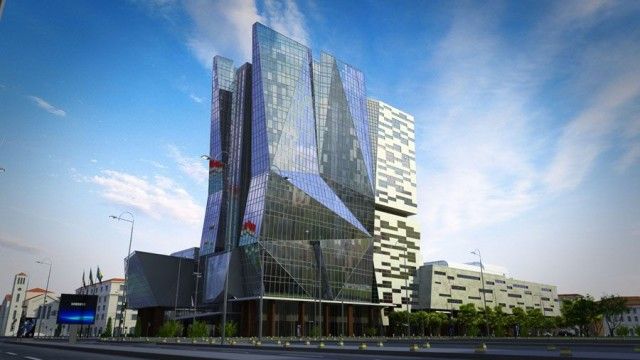 International Investment Bank (IIB), a Bahrain-based Islamic investment bank, announced its flagship project in Sarajevo, the capital of Bosnia and Herzegovina, has signed a memorandum of understanding (MoU) with Starwood Hotels and Resorts.

The main building of the SCC project is a shopping mall and an entertainment complex encompassing five levels that cover an area of 46,000 square metres.
The mall is over 85 percent leased and the 17-storey, 8,600 square metre commercial tower is due for completion in Q2 2015.

Saeed Abdul Jalil Al Fahim, chairman of International Investment Bank, said: “This project is one of a kind in the country, and full credit goes to the operations team managing the project on the ground. The addition of the Starwood Group Westin property to SCC cements its standing as a quality development in the region, and will serve the high demands of a country that has a booming tourism industry for much of the year.”

IIB CEO Aabed Al Zeera added: “The project is one of the largest in the Balkan region, and has a fantastic futuristic design which is perfect to house the Westin 5-star property.
“With the country poised to join the European Union, IIB envisage strong uptake across the retail, commercial and leisure components of the project.”

The MoU pertains to the project’s second tower, which houses a five-star hotel with 227 rooms covering more than 20,000sqm.

The hotel is to be a Westin property, managed according to Sharia, and is scheduled for opening in the first quarter next year.