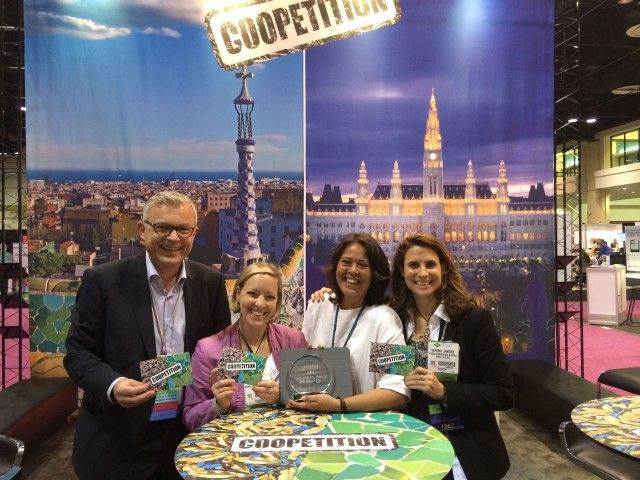 In cooperation with the Barcelona Convention Bureau, the Vienna Tourist Board’s Vienna Convention Bureau (VCB) has once again achieved a success with long-term impact: the two organizations have managed to secure the congress of Europe’s nuclear medicine practitioners for their respective destinations for the next few years.

As a result of a strategic process, the European Association of Nuclear Medicine (EANM) has resolved to rotate its annual congresses till the year 2020 between Vienna and Barcelona – which put in a joint bid – and an additional city that will change each time around. [pullquote]Barcelona will start the ball rolling in 2016, followed by Vienna in 2017 and another city in 2018 before the cycle starts over again (2019 Barcelona, 2020 Vienna, 2021 another city).[/pullquote] Every year some 5,000 delegates travel to the European congress on nuclear medicine, which lasts five days and is accompanied by an extensive trade exhibition. In Vienna the congress will be held at the Austria Center Vienna, and in Barcelona at the Centro Convencions Internacional de Barcelona (CCIB).

EANM president Arturo Chiti explains the association’s decision: “Awarding the congress to a handful of carefully selected destinations was the logical conclusion of a process of honing our congress arrangements. This not only saves costs, it also enables the congress management team to optimize logistics, and the congress committee can concentrate more on content. We shall be selecting the destinations for every third year in Northern and Eastern Europe.” For Christoph Tessmar, director of the Barcelona Convention Bureau, “as a convention bureau it is exciting to be a part of the strategic development process of an association like EANM. It is a source of great delight and an honor to us that the bid which we drew up together with our friends and partners from Vienna has been so positively received.”

The convention bureaus of Vienna and Barcelona have been collaborating on marketing outside Europe ever since 1995 – a relationship which to this day is unique in the international convention business. This relationship has been intensified since 2012, and now also includes so-called “co-opetitions” – joint bids for conferences that are put out to tender in series. Christian Mutschlechner, director of the Vienna Tourist Board’s Vienna Convention Bureau, emphasized: “This most recent success of our ‘co-opetition’ strategy goes to prove that we recognized conference organizers’ need for long-term planning security at a very early stage, and developed an excellent concept for this purpose. But of course this can function only with evenly matched partners who place the necessary confidence in one another.”