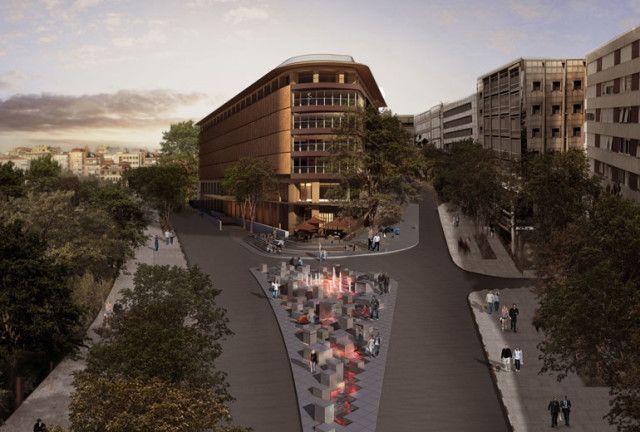 Designed by award-winning Turkish architect Emre Arolat, the hotel channels the spirit of the glamourous Art Deco era in Istanbul during the 1920s, blending it with contemporary Turkish art and luxurious amenities. The hotel houses an extensive selection of artworks from the Demsa Collection of Art – a private collection belonging to the Demsa Group, which also owns The St. Regis Istanbul.

Titled ‘A Postcard From Istanbul’, the film takes its audience on a whirlwind trip of discovery around historical locations of the city and at The St. Regis Istanbul.

Starring Julian Sands (Smallville) as a screenwriter who visits Istanbul in search of inspiration for his upcoming screenplay, the film takes the audience on an enchanting journey to discover the charm and beauty of the city.

Co-starring Belçim Bilgin who plays the tour guide for Julian Sands, the journey is one without any dialogue and instead, it is laced with entrancing music and ends with a monologue voiceover by the two characters of “I am listening to Istanbul”.
Now open to receive guests, St Regis Istanbul is located close to the Bosphorus Straits in the centre of the city, with 104 rooms and 14 luxurious suites.