After months of hard working preparations, the city of Zadar and DT Croatia – Dubrovnik Travel DMC, honorary hosted promotion of new car BMW Series 2 Grand Tourer. The worldwide promotion began on April 16th 2015 and lasted 15 days, until April 20th 2015. Organizer, BMW AG München used services of the German event agency Hagen Invent, a member of MCI Group, which has outsourced the whole logistics to agency DT Croatia. [pullquote]The promotion of this new BMW vehicle attended more than 420 journalists from the most prestigious automotive industry from 35 countries around the world. [/pullquote]

New vehicle was presented in the best way possible with all its advantages to the journalists. Destination Zadar was presented through cultural, culinary and hospitality aspect during their two-day stay in Zadar. Test runs were conducted throughout the county – the area of Falkensteiner Hotel Ladera, Zadar airport and at major locations in Zadar – “the greeting to the Sun”, the Forum located in front of the church of Saint Donat and the Archbishop’s Palace, in the bay Jazine, at the event ship “Nada” in the port Gaženica and at Petar Zoranić square.

DT Croatia was chosen as a destination management company (DMC) for the worldwide promotion of new BMW vehicles and the city of Zadar is recognized as a destination for this type of promotion, as well as the promotion of Croatia. During the implementation of this project, the local authorities recognized the importance of such event and offered indisputable support, as well as hospitality and welcoming to all, who were involved in this international event.

After a thorough research of location in Croatia, the decision to hold a presentation in Zadar, BMW decided because of the natural beauty, good infrastructure, excellent connectivity and easy access. Zadar invested large investments in infrastructure in the city; renovation of the city’s monuments, as well as in long-term projects important for the future of this Croatian destination, there is no accident that this city has become a significant location in the international business tourism segment. In addition to the excellent infrastructure, Zadar can offer high class meeting facilities, various gastronomic offer and interesting attractions.

In the organization, they had to follow extremely high standards of safety, technical quality and service quality according to the instruction of BMW. BMW is a premium brand in the auto industry and all had to be planned to the smallest detail. DT Croatia has with its knowledge and experience justified their role in this challenging event, and the city of Zadar received the highest possible promotion this year. DT team is already preparing a new, even bigger project, with also premium European brand, which is expected by 2016. 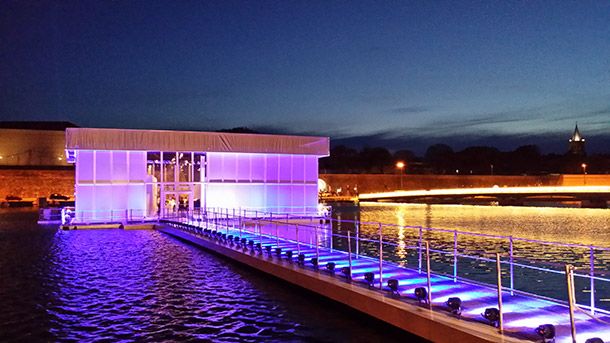