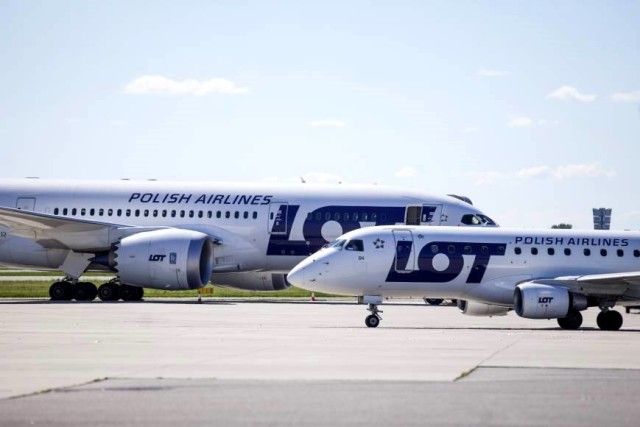 LOT Polish Airlines will launch services from Warsaw to Ljubljana next March and increase frequencies on its services to Belgrade and Zagreb, which will be temporarily suspended from June 30, 2015 until January 2, 2016.

The announcement was made in Warsaw yesterday as the carrier unveiled its future development plans under the slogan “New LOT in new Europe”. The Polish carrier will inaugurate five weekly services between Warsaw and the Slovenian capital on March 1, 2016, increasing to six weekly flights a month later. It will mark the carrier’s return to Ljubljana for the first time in nine years. The airline will compete directly against its Star Alliance partner Adria Airways, which is expected to maintain four weekly flights between the two cities next summer season.

[pullquote]LOT plans to double the number of passengers it carries to ten million a year by 2020 as part of a strategy to become a regional industry leader. [/pullquote]

LOT will continue to codeshare on flights between Warsaw and Ljubljana operated by Adria Airways. Adria resumed services between the two cities last March following a three year hiatus. During the nine months until the end of 2014, it handled some 10.000 passengers on the route. LOT’s flights from Ljubljana have been scheduled so as to offer onward connections to both North America and Asia. Next year it will launch services to Tokyo, Seoul and Bangkok, complementing its existing long haul flights to New York, Toronto and Chicago.

The Polish carrier has also confirmed it will resume services from Warsaw to both Belgrade and Zagreb on January 2, 2016. The flights will be temporarily suspended from June 30, along with several other European destinations, as part of a final pool of compensatory measures required by the European Commission. However, the airline plans to increase frequencies to both cities next summer season, and will operate flights on a daily basis. The carrier will compete against Air Serbia on the Belgrade route but faces no direct competition on the Zagreb service. LOT codeshares on Air Serbia’s flights between Warsaw and Belgrade, as well as services from Belgrade to Abu Dhabi, Podgorica and Tivat. On the other hand, Air Serbia codeshares on LOT’s services from the Polish capital to Vilnius, Tallinn and Riga. Similarly, Croatia Airlines codeshares on flights from Zagreb to Warsaw and onwards to Frankfurt, Munich and Vienna, while LOT has placed its flight numbers on the Croatian carrier’s services from Zagreb to Split, Dubrovnik, Frankfurt, Munich and Vienna.