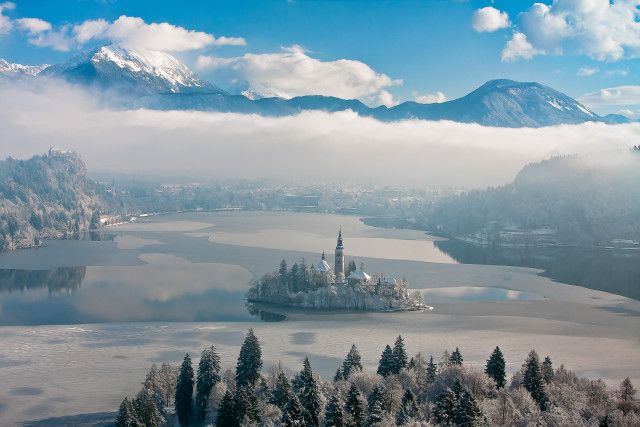 Ministry of Foreign Affairs of the Republic of Slovenia

The landmark 10th meeting of political leaders, politicians, economists and various other experts all confronting the strategic challenges of the future is the main regional event and is comparable to the meeting held in Davos. The Bled Strategic Forum has in recent years established itself as one of the most important international conferences at which participants from every continent discuss the main global political and economic challenges. Its primary purpose is to consolidate the image of Slovenia as an area where topical issues can be properly discussed and where the goal of tackling major problems is in finding their best solutions. The forum ordinarily attracts more than 500 participants from more than 40 countries. The year 2015 also marked several major milestones, including the 70th anniversary of the end of the Second World War, the 70th anniversary of the United Nations and the 40thanniversary of the Helsinki Final Act.

The key challenge in implementing this event is in how to upgrade it annually and thereby continue to make it attractive for return participants. A further major challenge is the connection between the various stakeholders in Bled, which has to operate as a single entity during the event, especially so with it being held across different locations, from Festival Hall to the elite congress centre in Hotel Golf. Other challenges include security and protocol, as numerous protocol type guests are in attendance.

Having chosen a location that can facilitate a superb technical execution of the event already ensures that we are half way to success. For many years we have also been developing the various measures to introduce ‘green meetings’ that have been sought by the organisers. Detailed analysis of past events is a good basis for adjustments to the programme and content development that help return participants continue to remember the conference and their hosts. For this, cuisine, authenticity and the hospitality of the locals all play an important role.

Acknowledgements of the many satisfied customers are certainly the best measure of our success! As a result of some influential people visiting the Bled Strategic Forum for the first time, Bled acquired some other international events (Intergovernmental Panel on Climate Change (IPCC) Working Group II: 340 delegates from all round the World staying and working for 5-6 days; and IWC – v 2016 coming for the second time).

NEW ISSUE – Think about the times when we will #meetagain

A brand new issue for our Slovenian readers

The 79th issue of Kongres Magazine is a special one!