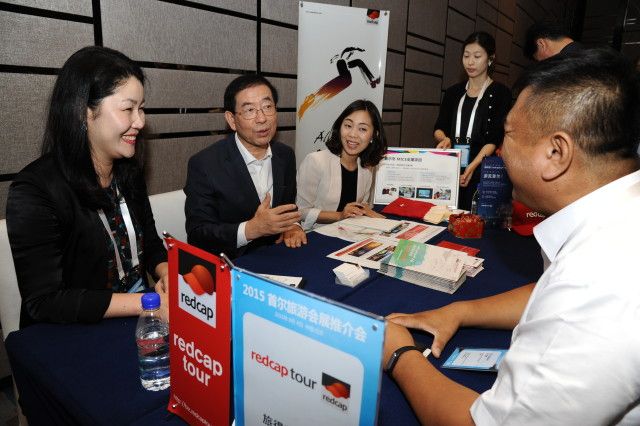 Speak to any member of any CVB team around the world and all of them will have one viewpoint in common: they will agree that to be able to start attracting an event to their destination, to secure it and then to deliver it is all mightily hard work.

Making this difficult job a bit less burdensome can be a sense of team work and all of the key agents working strongly together, helping all of the players in the industry pull in the same direction to create a perfect MICE harmony, just like band players all playing to the same music score. Of the examples around the globe of cities successfully doing this, none does it better than South Korean capital Seoul. Through their Seoul Convention Bureau, a division of Seoul Tourism Organisation, they have for some time been engaging a number of citywide initiatives to enhance their MICE industry allure and have recently indicated that they are ready to go even further.

The city has just launched a series of new initiatives aimed at attracting major MICE events, with the new programmes announced by Mayor Park Won Soon, whom Kongres had an exclusive interview with in a recent issue, during the Seoul MICE Beijing Road Show at the Renaissance Beijing Wangfujing Hotel. His attendance was one of many scheduled events as part of his promotional tour to Chinese cities including Guangzhou, Shanghai, and Beijing this week – carrying the tour through to CIBTM at the China National Convention Centre (CNCC) on August 5-6th – showcasing Seoul as a MICE and tourism destination. This high level of political recognition and commitment to the MICE industry is something that other aspiring MICE destinations around the world should take particular note of.

In terms of the specific measures being announced at these events, the first offers two options in association with upcoming major autumn events in Seoul. Business events with 50 or more delegates staying at least two consecutive nights can apply for either complimentary reserved seats at the Seoul Mega Concert, a K-Pop musical concert at Seoul City Hall plaza scheduled for early October, or at this year’s Seoul International Fireworks Festival to take place on October 3rd. Seats for either events are to be reserved on a first-come-first-served basis.

The second measure is open for events from now until June 2016 and offers organisers a package of three benefits, which includes a 10,000 KRW (approx. €7.85) food credit per person, a coach for a city tour and up to 3,000,000 KRW (approx. €2,357) in credit towards a Seoul performance. In other words, the political commitment to improving the attractiveness of Seoul as a leading MICE destination is fully backed up by funded and supported political action.

Both of these new measures are in addition to Seoul’s long-standing business event support programme that has recently relaxed restrictions to make qualifying easier than ever for promotional and on-site support programmes and services. Add this to a city that was the trailblazer for the Future Convention Cities Initiative (FCCI) and many years back put in place a Seoul MICE Alliance to get buy-in from a broad cross-section of the city’s supporting infrastructure – before other cities had even considered such an initiative – and the message becomes very clear: making your decision to hold an event in Seoul is getting easier and easier, while events in Seoul promise to get better and better.