Their guests are pampered with an evening turndown service. As with all their rooms, it is air-conditioned. All new Deloyue rooms feature luxurious beds, rich fabrics, divine design, cosy atmosphere 42-inch flat screen TV with working desk connectivity, full renovated bathrooms and so much more. In addition, hotel Slon renewed its building – new windows, façade and glazing of the arcade corridor now provide a distinguished look and great savings.

In conversation with the hotel’s Director, Gregor Jamnik, we discovered that this shareholding company (a four star hotel with 170 rooms has been a long-term member of the Best Western hotel chain) has for years been preparing for an extensive but gradual renovation of the entire hotel which was needed, he says, since the last renovation of the interior took place in 1998. The rooms, reception and cafeteria were then rearranged and refurnished, while smaller “cosmetic” repairs followed later in 2007 and 2008.

All the work is sympathetic to the initial architecture (the building was built in 1937 based on the design of the architect Stanislav Rohrman, who was the first president of the Association of Architects in Slovenia after liberation in the 1950s.) That means that the initial arcade design was restored by glazing what is now a public corridor to become part of the hotel, and no longer part of a covered pavement.

The main entrance on Slovenska Street was also renovated, acquiring a new porch and indicated by a different color for the front flooring. The atrium along the entire western façade was glazed with large panoramic glass, while the hotel acquired approximately 200 square meters of new surfaces, which allow the cafeteria and reception to be extended.
This summer, the avenues on both sides of the main entrance are used as a perfect location for the outdoor garden, in the new street lights that illuminate Slovenska Street and the hotel. An 8m high wire rope holds lights that face downwards. These ensures illumination on the lower floors, without disturbing hotel guests in the rooms above. Following the new traffic arrangement on Slovenska Street, the Slon’s management has struggled to organize five stops for tourist buses.e 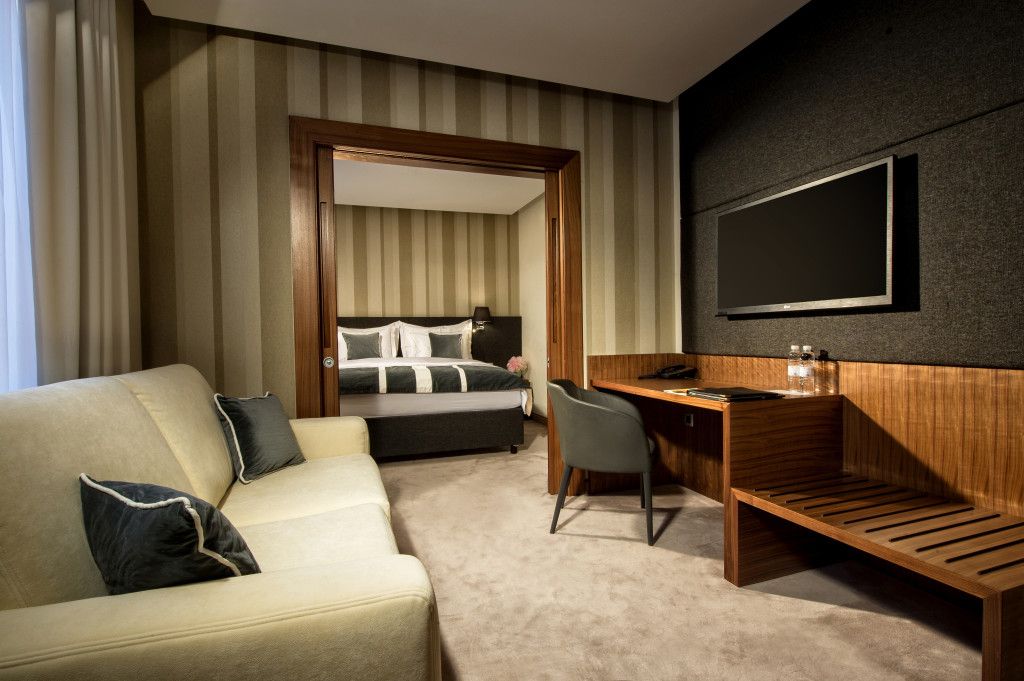 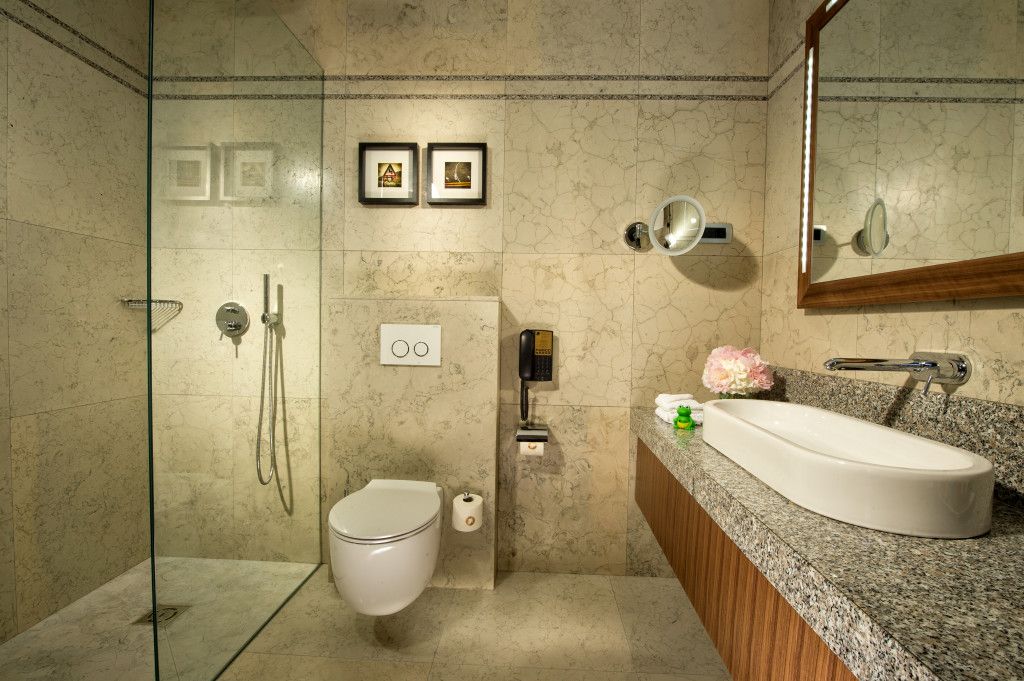 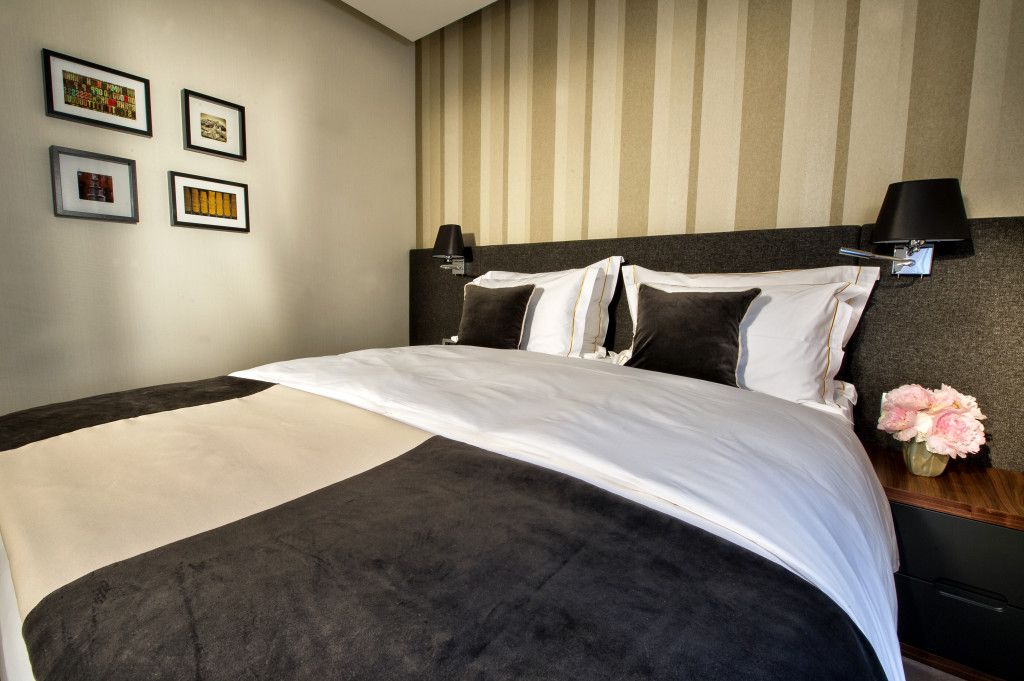 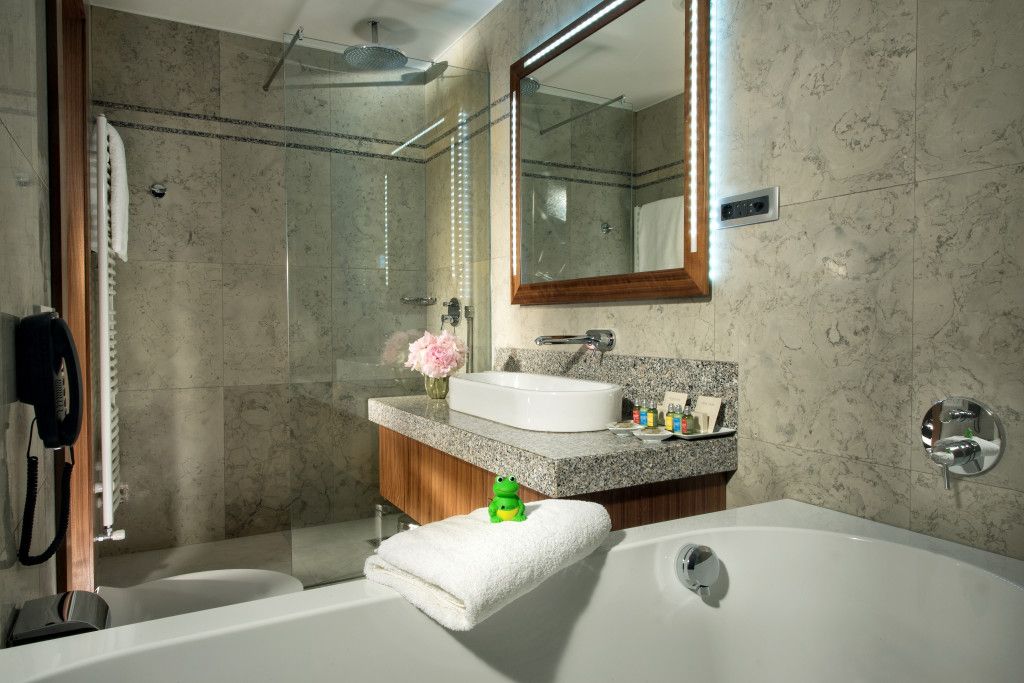 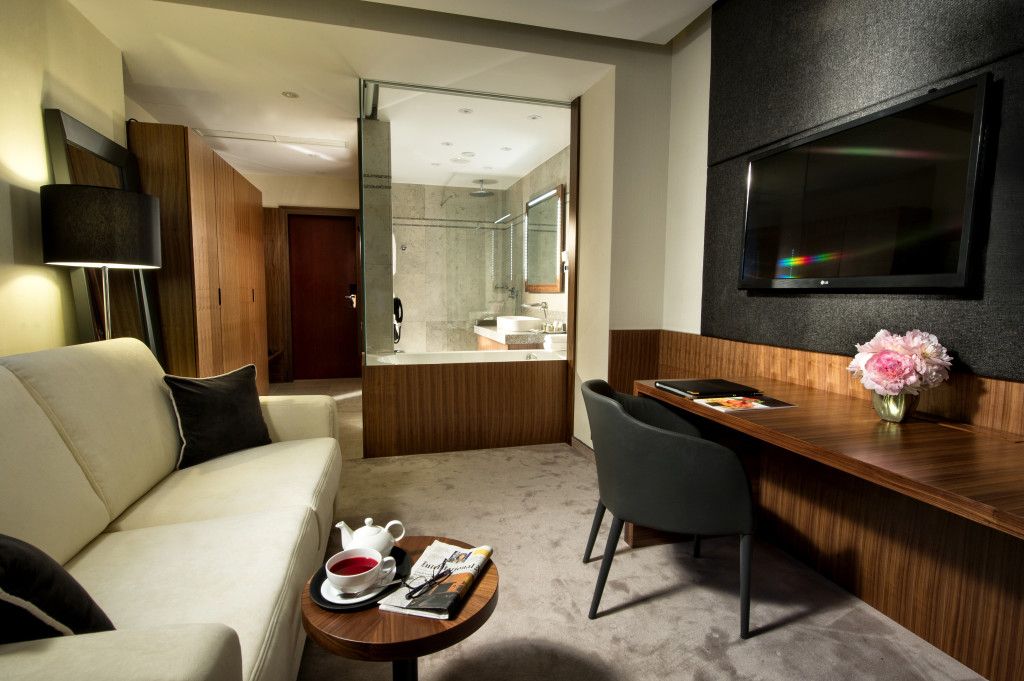 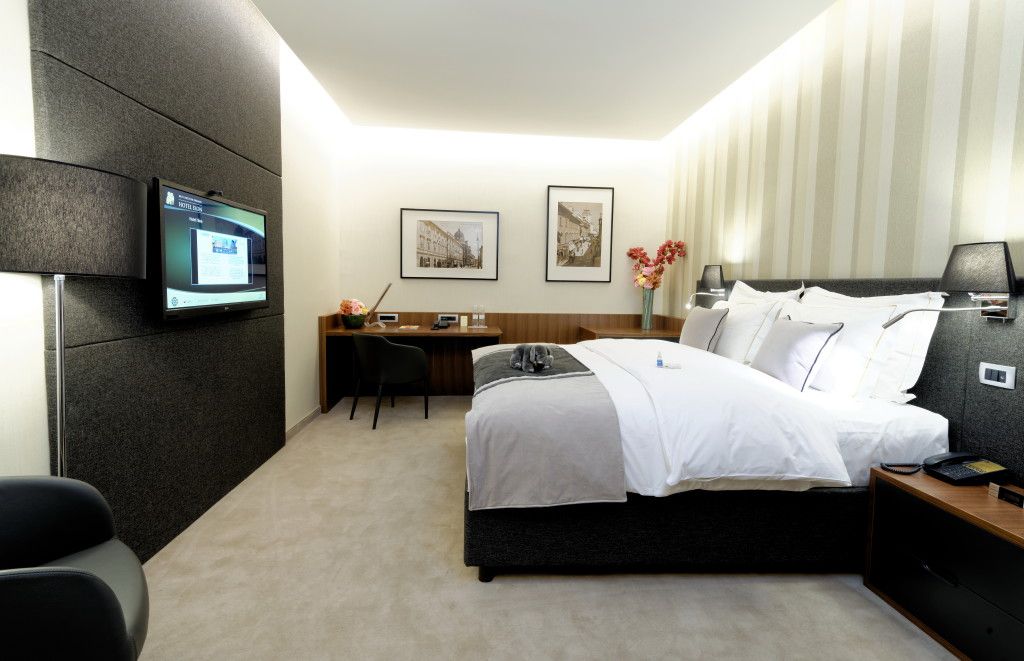 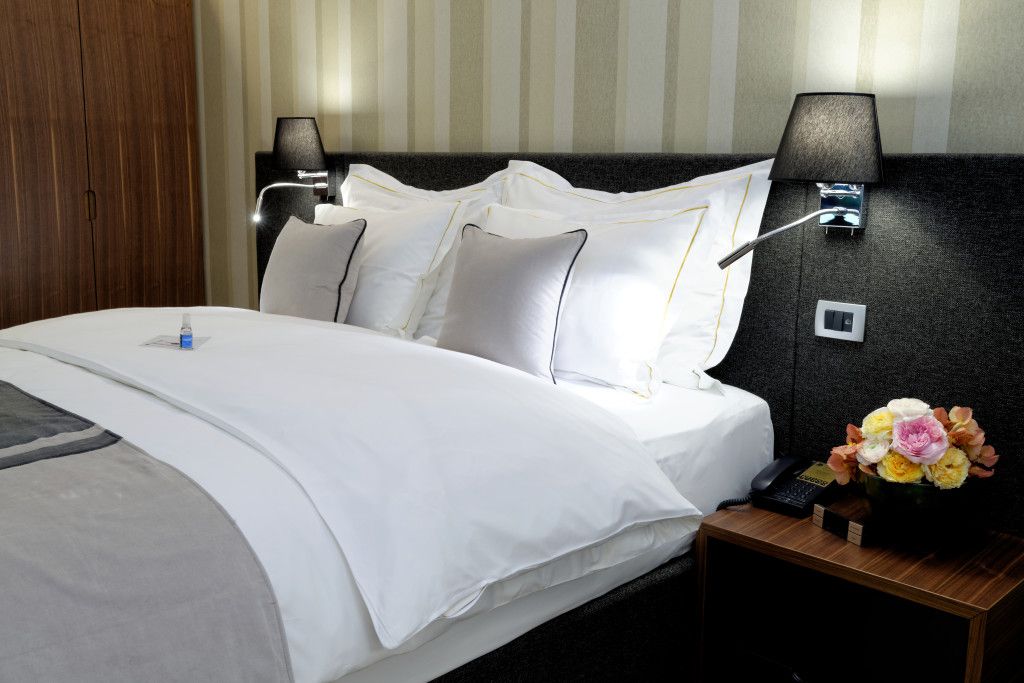 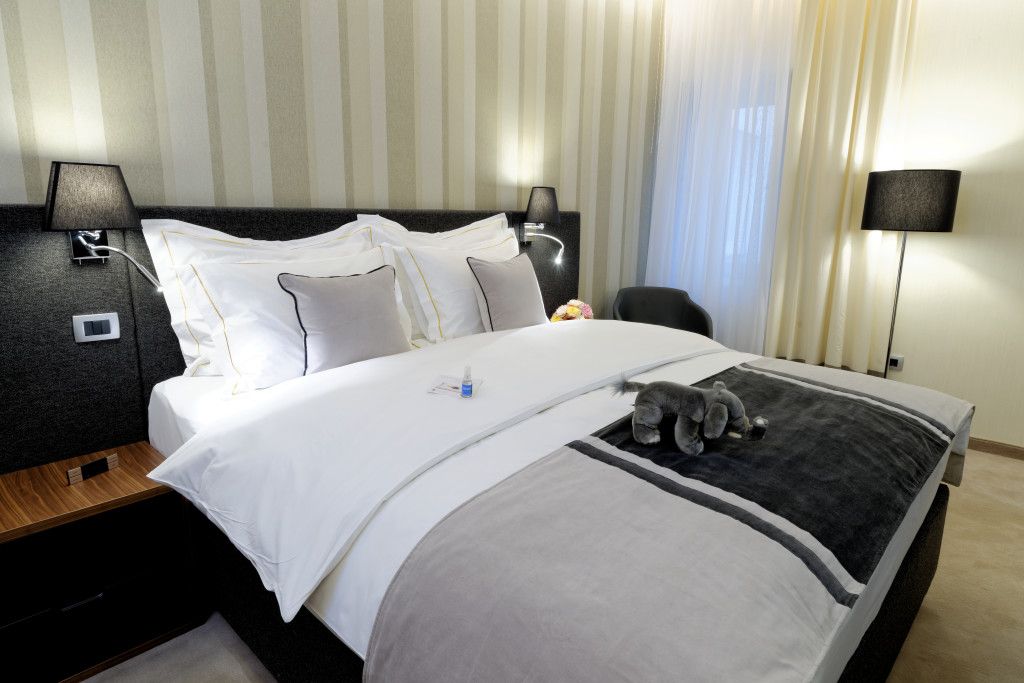 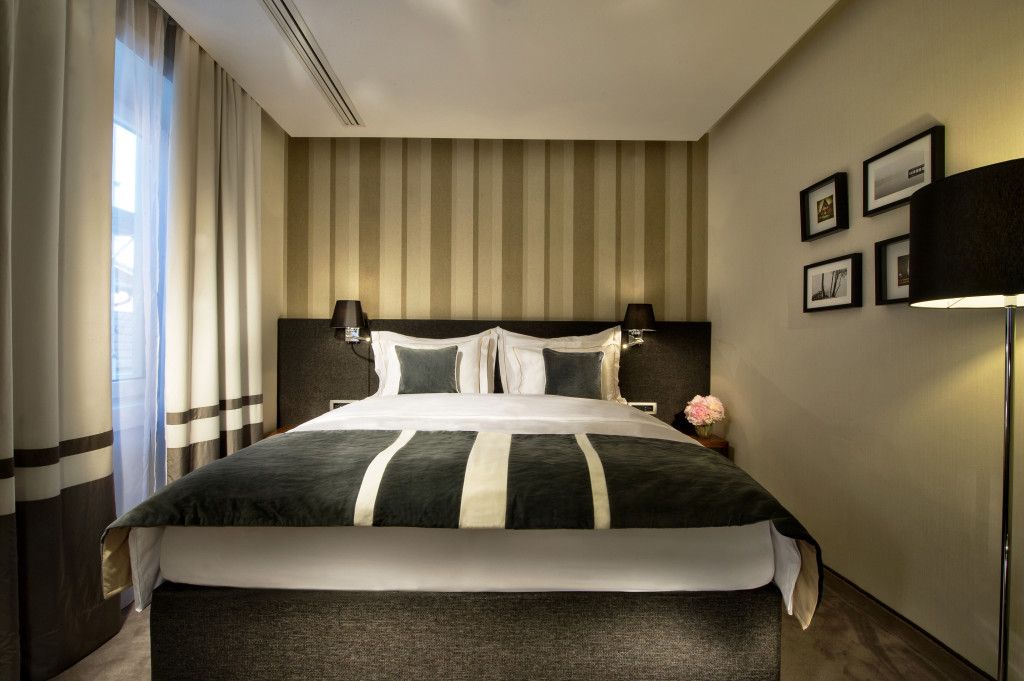