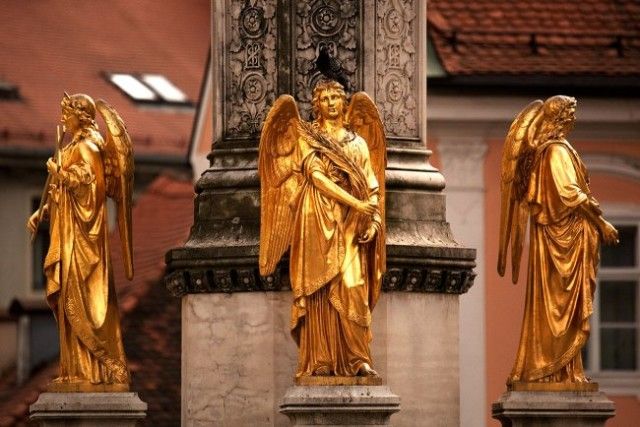 10 congress myths that you didn’t dare to ask, or know whom to ask

MYTH 1: Zagreb is one of the oldest European cities.

CONFIRMED: Zagreb is the capital of the Republic of Croatia and one of the oldest European cities, with its history running back to the 11th century. Since Croatia’s accession to the European Union in July 2013, Zagreb has also become the new metropolis of the European Union.

MYTH 2: Zagreb is hard to reach.

BUSTED: Zagreb has excellent air, road and train connections to other European and non-European cities. For instance, it is only 390 km away from Vienna, 576 km from Munich, 380 km from Budapest and 420 km from Venice. Over the past few years, Croatia has constructed a web of new, state of the art, modern motorways and if you are coming to Zagreb via Italy, Austria, Slovenia or Hungary, you will arrive quickly and safely. The city centre is just 17 km away from a well-equipped and modern airport that is connected to numerous European cities, such as Paris, London, Rome, Zurich, Vienna, Moscow, Prague… and it is via these cities that you are then linked to the entire world.

MYTH 3: Zagreb can accommodate more than 6,500 visitors at once

CONFIRMED: Zagreb has 4,497 beds in 5 and 4 star hotels and 2,066 Beds in 3 star hotels. Other accommodation options such as apartments and hostels are also available.

CONFIRMED: Local tourist agencies offer numerous programmes for interesting and exciting trips that include sightseeing, exploration, a fine dose of the old adrenalin rush and, of course, all with a regular professional quality service. Incentives like seeing Zagreb from the air, turning on the gas lamps in the Upper Town and exploring the culinary delights found in the historic Croatian capital are especially popular.

MYTH 5: There are no special venues in Zagreb

BUSTED: This couldn’t be further from the truth. There are many places with charm and special features. The Croatian Academy of Science and Arts – Illyrian Stateroom with more than one hundred scientific conventions under its belt, the Klovićevi Dvori Gallery from the 17th century, and the Phoenix Hotel, The Most Romantic Hotel in Croatia, are just some of them.

MYTH 6: Zagreb has the shortest funicular in Europe.

CONFIRMED: The shortest cable car in the world, only 66 metres long, has been transporting the citizens of Zagreb between the Upper and Lower Towns for the last century. It was opened in 1890 and until 1934 it was powered by steam. It has maintained its original look and construction until today, which is why it is now a protected cultural monument.

MYTH 7: The neck tie is an essential part of the wardrobe in Zagreb.

BUSTED: You don’t need to put on a neck tie when visiting Zagreb, but what you may not know is that Croatia is the birth place of the cravat (neck tie) and it is from here that this fashion accessory and symbol of business originated and spread across the world.

CONFIRMED: Depicted in the novels of August Šenoa, the descendent of one of the first Zagreb pattiseurs, this has become a very popular Zagreb souvenir. This goes for licitar as well, most frequently heart-shaped, that many find especially tasty accompanied with medica and gvirc, beverages made of brewed honey that are sold at church feasts.

MYTH 9: Zagreb has many attractions worth visiting

CONFIRMED: Some consider Zagreb Cathedral to be the most impressive or magnificent sight in Zagreb, whilst others think Ban Jelačić Square, the Croatian National Theatre or the Mimara Museum as the proper epitomes of the city.

MYTH 10: Zagreb is the home of the first mechanical pen.

CONFIRMED: The first mechanical pencil made in the world (1906) and the first solid-ink fountain pen (1907) were invented by Mr. Penkala, a Croatian engineer and inventor. When in Zagreb, make sure to go to the shops at Ban Jelačić Square in the heart of the city, where you can choose from a diverse assortment of products from the renowned factory of writing implements.