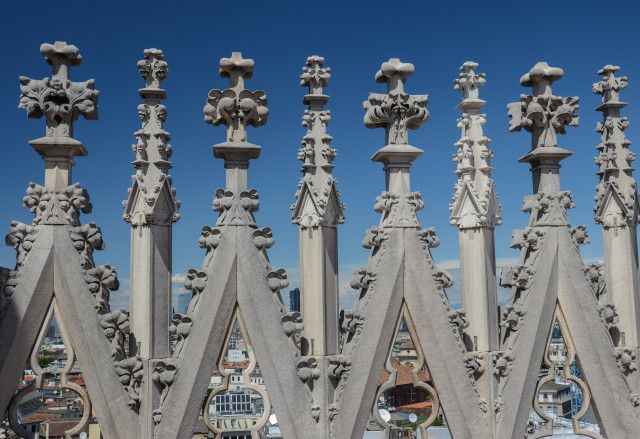 In 2014 more than 25 million people have participated in over 308,000 between events and conferences organized in about 6,000 facilities throughout Italy – of these, more than half in the north of the country. It is a sign of a healthy industry, a very productive part of the Italian economy which in recent years has been able to offset the fluctuations in demand registered in other mature segments of tourism.

[pullquote]The North stands out for the number of participants per event (89) which is higher than the national average. [/pullquote]All this was revealed by the 2014 Monitoring Project on Italian Conferences and Events, the research project presented in Rome during a meeting at ENIT headquarters (the National Agency of Tourism) which has been promoted by Federcongressi&eventi and realized by the High School of Economics and International Relations (Aseri–Alta Scuola in Economia e Relazioni Internazionali), coordinated by Roberto Nelli of Università Cattolica in Milan.

60% of the total events in Italy with 56% of total participants have been “local”, that is with participants – excluding speakers – mainly coming from the region where the conference venue is located; 31% of the events and 33% of attendees, who were from a larger National territory, i.e. with participants – excluding speakers – mostly coming from other regions; 9% of the events and 11% of participants were classified as International, hosting participants from abroad in significant numbers.
Moreover, the events promoted by associations, companies and institutions in their totality have been 77.3% of the total number of those hosted in Italy. Particularly, the corporate world promoted 56% of events (40% of attendees and 38% occupation); associations 33% (48% of attendees and 50% occupation); governmental, political, trade unions, community organisations and public institutions 11% (12% attendees and 12% of occupation).

As for the type of venue, the research highlights a high concentration in conference hotels (70,9% of the screened venues) of the majority of events (76.3%), although the number of participants (46.4%) and the occupation (37.7%) was not as high. Runners up are the historical buildings (6.5), and the conference and exhibition centres (5.9%).

One last note, regards the turnover: 71.2% of the venues taking part in the survey stated they hadn’t made any change in the rates for the year 2015. However there are statistically significant differences by type of venue: the five and four-star hotels participating in the survey stated more than others (respectively 50% and 21.5%) that they increased their rates in 2015; exhibition centres are the venues that in the vast majority (90%) stated that there has been no change, while 15.6% (the highest number) of the conference centers reported that a decrease was put in place.

As for the year 2015, half of the participants in the questionnaire expressed optimism with regards to a possible growth.

«This research project reveals that many venues, including small size ones, are well aware of the importance of continuing industry data monitoring. That is despite the difficulties by many venues to provide the information required, due to the lack of an existing data collection system. An increased understanding of the events industry therefore, requires higher quality management systems and a continuous sharing of information between geographical networks of operators».

«This is the first step towards extending the monitoring to an event industry economic weighing system and towards the delivery of data on market trends. Our commitment is to start, right from tomorrow, to start work on the collection of 2015 data. At a first glance I would say that these numbers substantiate once again the great importance of this segment of the Italian economy, and provide ample space for improvement as well. Notwitstanding the abundance of both events and participants, the supply of event services is very fragmented, as it is in the area of leisure tourism, a typical characteristic of the Italian business world. This underlines the role of the association Federcongressi&eventi, which will continue and increase its efforts in stimulating the professional growth of the industry and in encouraging the networking of its operators: we are charged with encouraging the overall improvement in both facilities and services, thus making Italy a more efficient and competitive destination, especially in the perception of the International buyers».