Not only the taste, even the brain freeze from the best ice cream in the world is better than the usual ice cream headache. How do we know? We have tried it last week at IBTM World where Slovenia received the award for the best ice cream destination granted by the agency SoolNua. The ice cream story presented at the show attracted almost 700 meeting industry leaders that were able to taste the organic ice cream themselves and participate at the ice cream selfie competition.

After Slovenia was ranked first on the World ICE CREAM Index, a digital campaign designed by SoolNua that ended in September, Slovenian representatives have officially received the award last week at IBTM World in Barcelona. The crystal ice cream shaped trophy was taken by Gregor Rode, from pasty shop Lolita. To celebrate this special achievement, Slovenian Convention Bureau together with the Slovenian Tourist Board, pastry shop Lolita, Ljubljana Tourism and the 14 participating Slovenian meeting providers transformed their stand into an ice cream degustation area where all visitors could taste strawberry or chocolate ice cream prepared from all Slovenian ingredients. Through the ice cream selfie competition they caught all ice cream lovers on camera.

The owner of the winning selfie will receive 2 nights at the Grand Hotel Union, a guided tour of Ljubljana, lunch or dinner and of course the best ice cream in the world served at Ljubljana based pastry shop Lolita. Selfies can be seen at Twitter account @SloMeetings, while the winner of the award sponsored by Union Hotels, Ljubljana Tourism and Kaval Group will be announced this week.

Aoife McCrum, Manager, Social Media & Digital Marketing at the SoolNua, said: “The Slovenian Community gathered at IBTM World to celebrate Slovenia receiving the No.1 ICECREAM Destination Award from the SoolNua World ICECREAM Index. Gregor from Lolita ICECREAM Store in Ljubljana was present at our stand to share their wonderful ICECREAM with all the participants of the show and run an amazing competition. The prize: Win a two night stay in Ljubljana with Union Hotels, a guided city tour and a ICECREAM tasting at the No.1 ICECREAM Store in the world – Lolita! Thank you to everyone that entered – winners will be announced this week.”

Slovenian proved it is not only a great meeting destination, but also an amazing ice cream destination. Miha Kovačič, Director of the Slovenian Convention Bureau stated: “Ice cream story connected the entire Slovenia which enabled us to become the world’s best ice cream destination. It surely is an excellent confirmation that many hands make light work and at the same time, we have presented Slovenia Meetings through an interesting ice cream story. We are looking forward to continuing this innovative and fun campaign in future.” 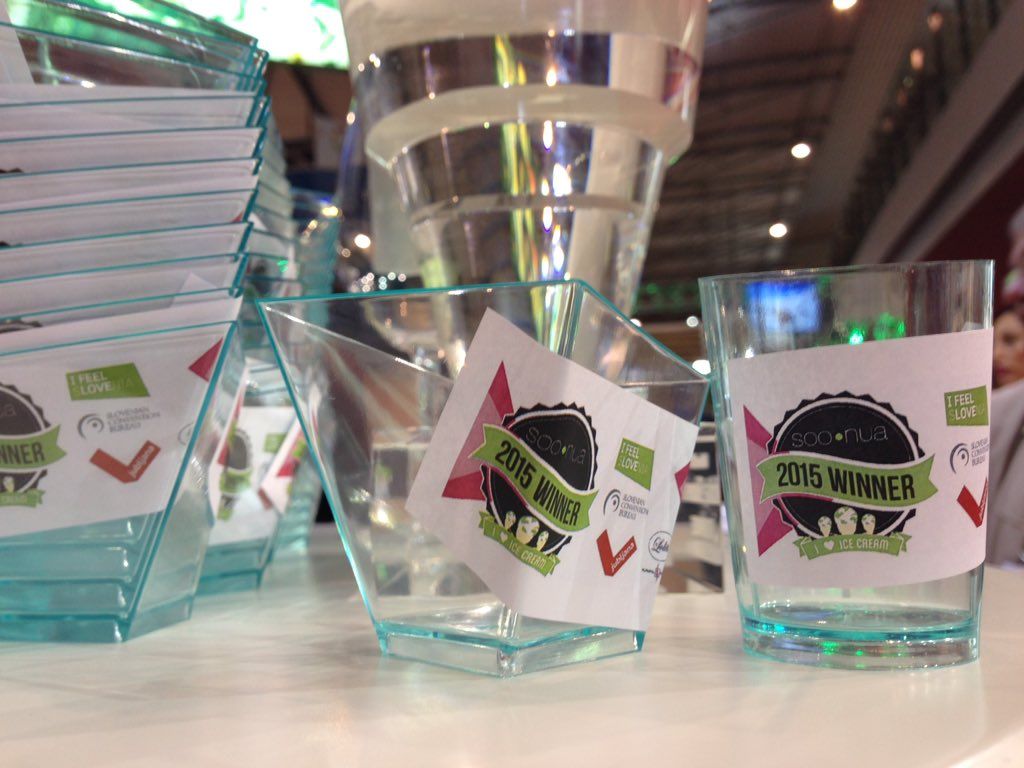