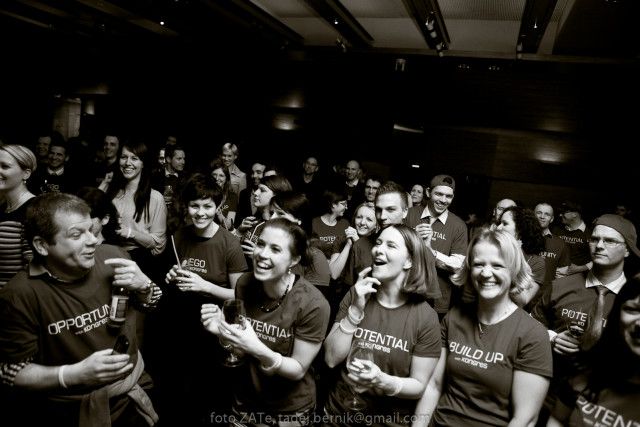 The power of music
Music has an enormous amount of power, because it acts directly on the listener; the sound travels straight to the unconscious part of the brain and triggers waves of positive emotions. Being exposed to these different vibrations or rhythms has been proven to have an effect on breathing, muscle tension, body temperature and even on general health, effects that have always been carefully considered when it comes to choosing music for films.

Although the connection between sound, music and organising events and congresses might seem illogical when first mooted, I believe that a key to an event’s success lies in the principles of music. Music can give rhythm to an event and, ultimately, rhythm is something that originates from thousands of years of human history central to the rituals of different peoples around the world. Music at events can therefore be carefully selected in order to awake certain emotions and for these reasons it is my opinion that it should be used in the organisation of events.

How to use music
Carefully chosen music at events is crucial, because you can create emotional tension with music and control the course of the event, from the pleasant and tranquil receptions to the climax of a great party. The most typical mistake of any musician, or event conductor, is that it falls out of rhythm – and then so does the event. If you think carefully about it you will see that it often happens. With rhythm, we can synchronize the group parts of the event; instead of tones, we use programme sets with greater or lesser attention required of the participants. The fact is that the participants’ attention fluctuates and works rhythmically, so if we don’t detect the right timing we might just get to see how the entire structure of an event can come apart. Furthermore, we respond to a rhythm instinctively, by moving our heads back and forth or dancing at events in a sort of ecstasy or group satisfaction. One of the elementary duties of meeting organisers is to think about the rhythm, because people have this instinctive reaction to it. The most typical example is a quick start after a heavy lunch; heavy topics or saving the world really doesn’t fit in the slot right after lunch, so think about the best rhythm here to get things going again.

Toolbox
Some of the techniques and tools from my ‘rocking rhythmic toolbox’ can be summed up in a few headlines:
– Organisation of time is the basis of the rhythmic planning of an event. It’s important to think about what kind of rhythm the participants respond to and not what organisers might think is good.
– The accuracy of performance is very important, as it is with music. Only when we are really good, precise and experienced can we even begin to think about improvising. Imprecision of performance is certainly the biggest killer of the rhythm at your event.
– A sense of intensity of the individual elements of an event, which has to be rhythmically coordinated to act as a whole.
– Rhythmic impulses that in various parts of the programme can rise but still maintain the general rhythm.
– Rhythmic exercises that mean that a part of the programme is tested in advance on a small target group and then adapted to the larger group in live performance.

Managing the rhythm of an event differs from the average depending on the strengths of the meeting organiser. A huge part of understanding this is in being able to ‘listen’ to the rhythm of an event, which is instinctive, and to play with the rhythm in order to improve it. To do this, a real instinctive skill of having attention to the rhythm, just like with music, is necessary. But fear not! Those who find it hard to gauge the rhythm and know what rhythms can lift the tempo of an event can practice it, as it is something that can be improved with experience.

Key elements: CONVENTA EXPERIENCE – SOUND
If musical tone is the basis of music, then participants are the basis of Conventa. As with music, they have to be carefully selected in order to achieve the right harmony. We therefore devote a lot of time to the selection of hosted buyers. The working atmosphere between the meetings at Conventa can for some people of a less musical disposition be a disturbing humdrum, but for the organisers this is a very special kind of music.

Conventa participants come into contact with music at different levels of their journey through the event. The organisers believe in the power of unobtrusive background music upon their arrival and each culinary event is supported by the kind of music that enhances the culinary experience. Last year as well as this year, participants will get to know about Dalmatian cuisine much better through a cappella harmony-singing group from Dalmatia itself accompanying the meal. The evening receptions will be focussed on performances of the region’s musical treasures too. More lively participants can cap everything off with more music and rhythms at the now legendary Conventa after-party. The entire project will work on the idea that the congress year begins with Conventa and participants will certainly remember Conventa by their music experience had there.