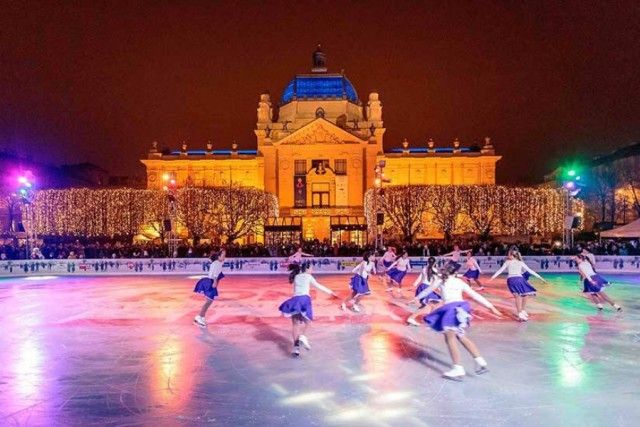 Zagreb welcomed its one millionth tourist arrival for the first time in the history of the city.

The director of Tourist Board Zagreb Mrs. Martina Bienenfeld thanked her adding that she is happy that Zagreb recorded a large number of arrivals and European award for best Advent event in Europe in the same month. “The first two weeks of this year’s Advent in Zagreb exceeded tourist numbers from last year’s December, we now have 20% more tourists than last year and we believe that will remain so until the end of this year,” said Bienefeld.

Mayor Bandić is extremely pleased that the city works in synergy which is why the city achieved good tourism results. Minister of Tourism Lorencin stressed that Zagreb is full of interesting content and a good example of a good organization and destination management.

Clare Morrison told the reporters that she has never been to Croatia nor Zagreb before and she was pleasantly surprised with atmosphere, good cuisine and possibility of singing and dancing in the main squares.