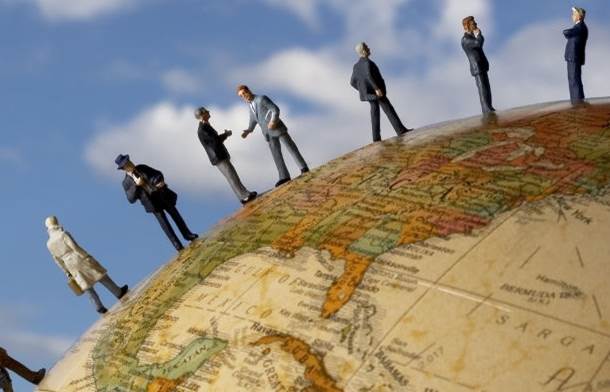 Within the fast spinning global business dimension, intercultural behaviours and international communication have become complex topics. All while we see, around the globe, a resurrection of national and regional sensitivities; be it in Catalonia, Crimea, or between Japan and China; only to mention a few. They are complicated processes in this status of globalisation, which in addition run aside a ‘parallel-world’ of hearth-breaking mass migration across the Mediterranean Sea and the Balkan countries. And yet, our job in the hospitality-industries is to create events, to bring people together, to stimulate happiness, and yes, to make money. How can one not get confused about this constellation?

This is where cross-cultural competence comes in; and now is the time for cultural intelligence (CQ). While all of us working in hotels, venues, transport companies and agencies probably can assist only little to world peace and regional politics, what we can contribute is tolerance, respect, and empathy. In a time where stakeholders, clients, suppliers, competitors, and of course employees become increasingly international and multi-cultural, it is up to our industries to learn and distribute this new core competence: tolerance for diversity and respect for individual cultural values and needs. And obviously, cross-cultural competence can play a vital role not only across nations and ‘business-borders’, but also within a country.

Switzerland is not a role-model for every aspect of life. But at least in the above mentioned, the country has learned over many decades to unite people from many different cultural backgrounds. Today, one of four is a foreigner in Switzerland, which is one of the highest shares in the Western world. Immigration has been a major and regular issue; with arrivals from Hungary (1956) and Czechoslovakia (1968), later from Italy, Portugal, Sri Lanka; and from many Balkan-countries too. Those immigration processes were never easy, but the nation managed through intensive and long-winded discussions; and somehow managed well. Freedom of speech and belief, and the ability to communicate while being on conflicting positions, are some of the key tools for the country. And respect.

‘Global understanding’ has dramatically changed. During the last century, it was about the differences between developed and emerging countries; with language, race and religion as dominating comparisons. Today, it is a wild matrix of values, interests and objectives among the 200 nations and even more major ethnicities. EQ (Emotional Intelligence) is not enough anymore; it now needs CQ too; Cultural Intelligence. CQ has become a key tool not only to understand foreign clients, but also to embrace citizens, immigrants and co-workers with different cultural background. Today, it is about each culture’s values of status, time, space, communication, and leadership.

For employees and managers in the hospitality- and tourism industries, it may mean to search pro-actively for data about unknown markets and foreign clientele. Wikipedia and Google are first sources; and relevant textbooks exist on just about every foreign cultural group, nation or market. Social Medias enable to communicate with people from around the world, and the awareness of cross culture competence allows asking the right questions; to get informed; to obtain knowledge. Knowledge leads to understanding, understanding leads to tolerance, tolerance leads to respect, respect leads to appreciation, and appreciation leads to friendship and great business operations. Cross culture competence is not only required for when launching an international Merger & Acquisition, but also for preparing and operating every single foreign tourist group or corporate event. Intercultural competence helps avoiding significant errors and the subsequent loss of time, energy and money. And we are not only talking about long-haul future markets like China or India; cross-culture competence is equally needed for our interactions with neighbouring countries or within our own.

Here comes another key element of cross-culture competence: Understanding and respecting a foreign person or business partner is only truly possible if one understands and respects its own culture. To know where you come from, to treasure your “cultural DNA”, to appreciate your identity and to respect your own values is vital for doing the same with others. Self-respect is not granted for every nation, but desirable for every human being. And, if you respect yourself, it is much easier to respect others too. That then leads to a healthy diversity, and for countries like Switzerland, its multi-cultural background has eventually become a true USP (unique selling proposition). Just like the former CEO of Nokia, Jorma Ollila, once explained in business terms: “diverse teams are more creative and find better solutions than homogeneous teams.”

In hospitality and in life, all means to identify and focus on common interests, rather than linger on differences. Flexibility is important too, plus the ability to allow mistakes and misunderstandings. People are different, and that is ok. Cross Culture competence is not only ‘nice to have’ but crucial when doing business, or politics, in a friendly, sustainable and successful way. Be it around the globe or home in your own backyard.

Daniel Tschudy, from Switzerland, is coach, speaker and business consultant about globalisation, international marketing, cross-cultural competence, and the global hospitality indus- tries. Tschudy focuses on the emerging markets in Africa, Arabia and Asia. And he specifically features China and Japan. www.tschudy.com