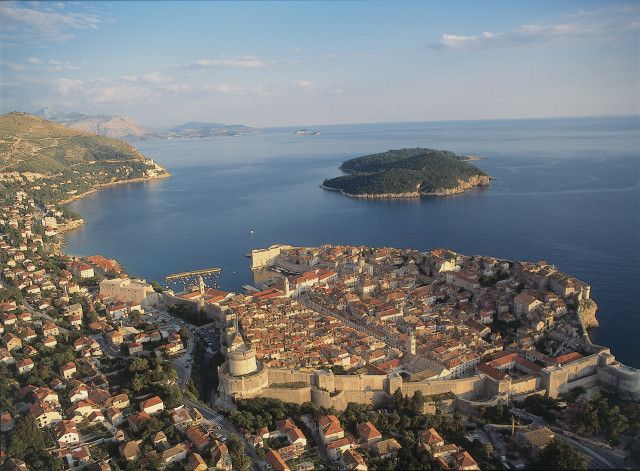 The city of Dubrovnik is preparing to go intergalactic as “the force” will be with the city for at least 10 days during the filming of the 8th episode of Star Wars.

Seems like the old town of Dubrovnik is becoming one of the most popular and preferred filming locations worldwide. Not only HBO filmed its episode King’s landing of the famous TV series “Game of Thrones” here, but also the 8th episode of the epic space saga “The Star Wars” is about to be filmed behind these 25m high and 4-6 m thich stone walls.

Dubrovnik will transform into a galactic movie set from 9th of March until 16th of March this year. Some rumors even say that maybe it will represent the scenery for a distant galaxy planet Ach-To, an aquatic planet which serves Luke Skywalker as a hideaway.

For ten days “The Force” will be concentrated in this beautiful capital of former Dubrovnik republic, where “the shooting alone will bring nearly 5 – 6 milion euros to the state budget of Croatia” said the head of the Croatian Audovisual Centre, Hrvoje Hribar. He also commented on how “Dubrovnik is not only the most beautiful city in the world, but in the galaxy”, as it can easily deliver a fantasy like backdrop for all “out of this world” movie scenes. Apart from Dubrovnik’s charm and preservation of ancient buildings, the project also received various tax credits and other incentives.

According to Hribar, Croatia promotes itself best for being the perfect filmmaking destination by providing excellent services, attractive locations and accurate, smooth administrative services.

The well preserved medieval walls with imposing towers are just calling for the mighty Jedi knights, rebels, druides and other Star wars characters to turn the city walls into a galactic fighting polygon as the 8th episode of Star Wars is to be more dramatic and dark than “the Force Awakens”.