Official representatives of the Slovenian Convention Bureau have received a special message for the submission of proposals by Council members for the new term 2016 – 2018. In the framework of the 12th Assembly of the Slovenian Convention Bureau were elected the following members of the Council of the bureau; Tomislav Čeh (Union Hotels), Mojca Gobina (Bernardin Group), Tomaž Krušič (Intours DMC), Robert Mušič (Adria Airways) and Tatjana Radovič (Ljubljana Tourism).

The second part of the meeting took place under the guidance of the International experts from the Irish agency SoolNua. Experienced specialists in the field of marketing in the meetings industry offered an insight into destination marketing trends and reasons for the structure and use of the sales speech for Slovenia as the perfect destination for business meetings and events. At the event a video with impressions of Slovenia of attendees of SITE Incentive Summit 2016 was presented for the first time. With the help of innovative applications sli.do all participants were in an interactive and creative way involved in the conception of ideas to upgrade and adapt the brand values “Slovenia Meetings” and the sales speech for Slovenia as a congress destination. As the lecture Padraic Gilligan’s message to Slovenian meeting players was: “You’re strong when you’re united.” or tu use an on the old saying: “Only in unity is strength!”. 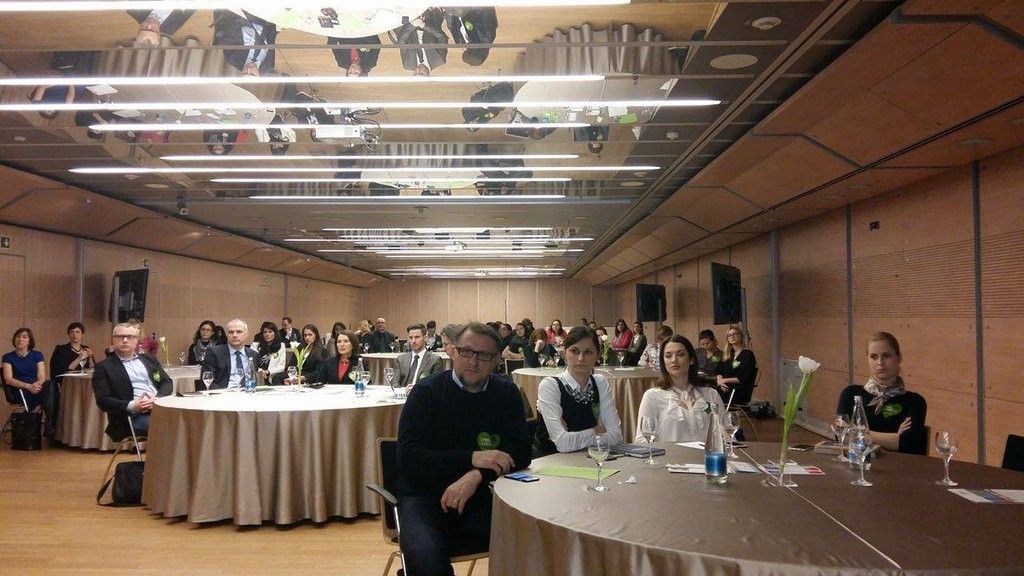