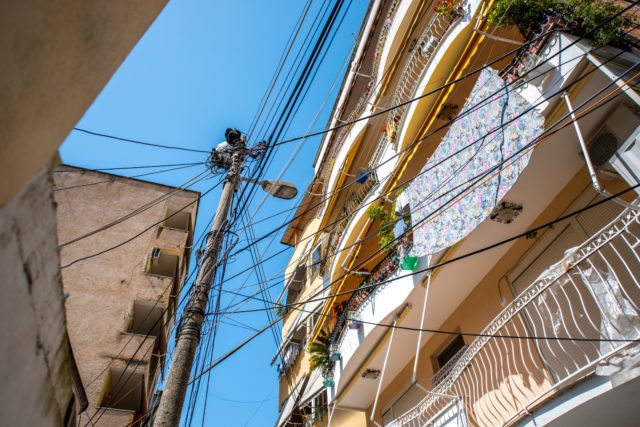 ‘You are going to places where everything is deadly, seasoned with gunpowder and untamed passions’, said my colleagues before this year’s Conventa Experience tour. And it is precisely this kind of thinking that fatally attracted me to the tour, as well as the search for that undefined border between East and West that the fierce procedure at the Schengen border with Croatia reminded me of.

The term ‘Balkans’ is in general much more than just the name of one of the peninsulas. Through ten years of visiting its regions with a colleague we have thoroughly discovered it, learned about it and shattered many of its stereotypes. Today I can say that I properly feel it and understand it as one of the most promising regions of European congress tourism. I would like to share with you here a few impressions of this year’s route through the Balkans…

Renovation of the former Hotel Montenegro is finally coming to an end and Podgorica will be a new Hilton hotel richer by the end of this year. This was confirmed to us by agile director Haluk Bilgi, who has high hopes for congress tourism. The hotel will become a major convention hotel of the country and will change the perception of Podgorica, which is not normally found in the list of most attractive congress destinations in Montenegro. Given the enormous potential of the Montenegrin capital it will gradually have everything needed for a breakthrough in comparable convention destinations.

In recent years since I had been coming to Podgorica; following the model of other European cities the city developed rapidly around shopping centres, like in other Balkan capitals. During my previous trips I was more of a transit guest and usually pretty quickly moved to the shore or towards the hilly interior. In this period, however, I have witnessed the rapid transformation of the city, which actually lies in the midst of wild beauty that is available at every step and makes for a great adventure of landscape diversity. Less known is the fact that it is one of Montenegro’s oldest cities, which is not reflected in its current image. Today’s modern image of the city is in fact the result of bombing during the Second World War, when the city was almost completely destroyed. After liberation the city took the name of Tito and until 1992 was called Titograd. Today the city is home 186,000 people, nearly a third of the population of Montenegro, so it is no longer just an appendix of the more developed Montenegrin coast.

Visitors to the city will be surprised by the low prices of taxi services, which are among the lowest in the Balkans, and with the taxi drivers also being a good source of information about politics, history and the pulse of the city. We quickly find ourselves in a debate about the times of former Yugoslavia and the compulsory military service.

The journey from Podgorica to Tirana requires quite nerves of steel and the patience of a saint, and is like a memory of the good old journeys of childhood. Good highways here remain in the realm of wishful thinking and you simply must take your time for the route along the main road, although the road from the border to Skhodre was new and broad, something that we certainly didn’t expect. Almost every kilometre we encounter the police and therefore driving in line with the regulations seems like the only alternative. On the recommendation of a colleague from Podgorica we stopped at an excellent restaurant, Tradita, and I can honestly say that the lamb and the friendly staff here were one of the culinary highlights of our trip. The prices were also incredibly low and a massage to the wallet.

In the afternoon we continued our journey towards Tirana, where we were surprised by a wild highway with a speed limit of 110km/h, cut through by roundabouts and with every chance that on the way you’ll come across horses and carriages. And then came the shock that showed the true face of Albania’s traffic chaos: less than 20km from Tirana unbelievable congestion due to road works. We could somehow survive the potholes on the road, if only the Albanian drivers wouldn’t create four columns, scissor overtaking and then ahead of all that of course an even heavier traffic jam… To navigate an almost 10km traffic jam took us two hours and we got to see up close the law of the road here, where only the strong survive on Albanian roads. There is also very agitated driving, with much use of the horn and extortion. I was already tired of this driving.

Arriving in the city centre the Hotel Rogner seemed like arriving at an oasis in the desert. The hotel has a beautiful garden with terrace and excellent hotel services. The centre of Tirana is also nicely decorated, a place full of surprising contrasts at every turn. With our Albanian colleagues we visited the Blloku, or Ish-Blloku, area. Among the residential block apartments this is where you can find the best clubs and restaurants of Tirana. In the communism era this area was closed to the public and it is where the villa of the former dictator Enver Hodža is located. Once opened up the area has become a popular destination for young people and the night beat of the city impressed us.

INCENTIVE IDEA ON THE WAY:

Visit to the Šipčanik wine cellar
The Šipčanik wine cellar is just a hop away from Podgorica. The Ćemovsko field rounds a canyon of the river Cijevna that forty years before was just a stony desert with the Golubovci airport. Šipčanik arose from the rehabilitated underground aircraft hangar to become a wine cellar wonderfully arranged as a special events venue. They host everything from protocol events to conferences where participants can learn about the unique culture of wine production.

Most Read Editorial Stories in 2022