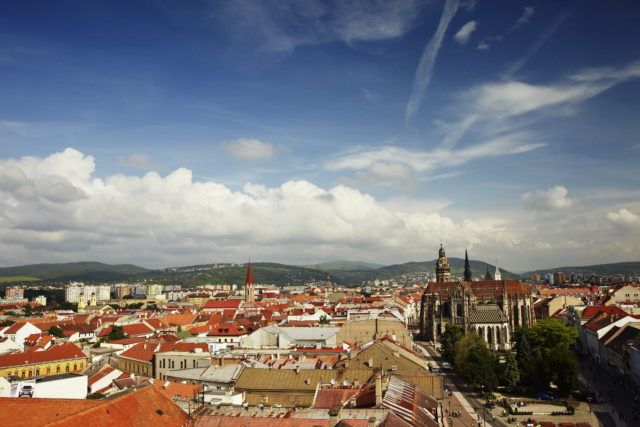 A current comparison of the closest competitors on the 2015 ICCA scale following the Kongres travelogue methodology – meetologues.

If Bratislava is the capital of the country, then Kosice can be declared its creative centre, one that impresses with vibrant urban zones, positive diversity and an urban transformation of the city throughout layers of history. Košice seems pleasant for the accommodation and organisation of congresses and also seems a very tolerant city. A border location has greatly contributed to that, which has made residents more tolerant, but it is precisely this border diversity that defines the vitality and resistance of the city. The specific local identity gives the city its charm and soul, and it ranks it among one of the most promising Eastern European convention destinations.

Košice is internationally known primarily as a city of culture, and the successful European Capital of Culture project heavily contributed to that. The city is less known on the international conference map, despite the obvious advantages it presents. So the city still has a lot of work to do in the field of branding and all forms of modern communication.

Maribor has everything bigger ones have (only in a smaller format). Compared to other Slovenian Meetings destinations like Ljubljana, Portorož and Bled it possibly has a bit less experience in the field of meetings industry, which it compensates with friendly attitude of suppliers, that give the client a feeling that he or she is wanted.

Maribor is one of the most promising meetings destinations in Slovenia. The city is historically, ethnically and culturally extremely interesting. It gives an impression of familiarity and warmth. Unfortunately the city lacks an attractive story that would also attract foreign event organisers. I have a feeling that the lack of knowledge in the field of meetings industry stems from the influence of the past and industrial thinking. Maribor has everything that is necessary for development. On the other hand people are not fully aware of the potential the meetings industry could have