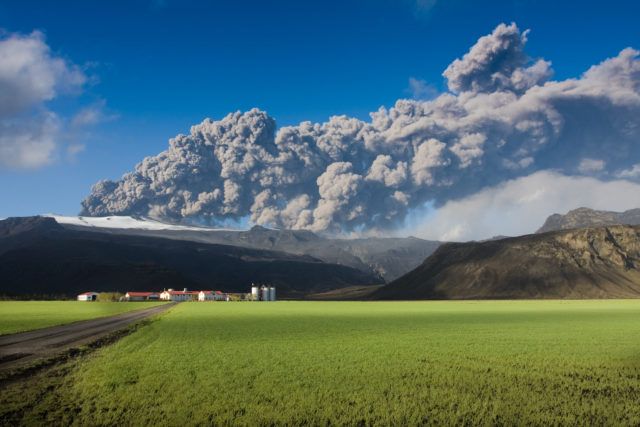 How did the MICE industry reboot after the banking crises and the effects of the notorious volcanic eruption of Eyjafjallajökull?

Thorsteinn Örn is the Managing Director of Meet in Reykjavík. He has vast experience and knowledge as a senior manager within the tourism and airline industry, as well as years of experience as a management consultant at McKinsey & Company in Scandinavia and Singapore. He holds an M.Sc. degree in Civil Engineering from the Technical University of Denmark.

The impact was quite substantial from both scenarios, however the effect turned out to be very positive in the long run. Obviously the short term reaction was fairly negative as one could imagine since few people are positive being rerouted or stuck on their travel. When the smoke cleared and the ash literally settled it had solidly put Iceland on the global map and created more general awareness about Iceland than ever before due to the enormous global press interest so the negative impact washed away quite quickly. For example the word „Iceland” had never in history been Googled so many times as post these events.That record was not broken until the unexpected entrance and success of the Icelandic football team in the European championship last June.

Tourism has been of tremendous importance in rebooting the economy, generate foreign currency and lowering unemployment rates. After the volcanic eruption in 2010 the marketing efforts emphasized on one hand on boosting leisure tourism through the marketing campaign „Inspired by Iceland„ and on the other hand on building a strategic focus on MICE-tourism. Having MICE as a substantial part of the overall tourism enhances the average profitability and more aligned seasonality for the overall market.

It has been calculated that if we were to double the ratio of MICE guests all else equal from 8% to 16%, it would lower the seasonal summer peak by 5% but at the same time it would lift the shoulder and off seasons. This would contribute to better utilization of the infrastructure and overall profitability. We would also expect to see environmental footprints decrease by 4-5% as MICE guests usually travel in guided tours and there would be 6% more revenue generated into the community.

Meet in Reykjavik, convention bureau was therefore founded as Public Private Partnership to serve as a focused marketing entity to build the MICE market. The benefits of being Public Private is the flexibility and dynamical workflow enabling the Bureau to shape the future by listening and reacting quickly to marketing trends and challenges but also with support and control from the public side. Our motto is “Love what you do, strict adherence to professional standards and endless drive and aspiration”.

When the crises hit in 2008 Harpa Concert Hall and Conference Centre was only half built and a lot of discussion took place on if it should be demolished, halted and branded as a symbol of what happens when people get to bold in investments. The end decision was to finish the building symbolizing the mindset of Icelanders commitment and ability to serve the MICE market. As an example the number of annual conferences with more than 1.000 delegates has twelvefold since Harpa’s opening in 2011.

The annual average growth for the MICE industry in Iceland has been 13.6% for the last four years which is around three times the global average. The biggest threat to this singular goal is on the other hand the explosive overall interest for Iceland as a destination as MICE starts to compete more for the same infrastructure as general leisure market increasing the importance to focus on the overall mix and profitability.

The greatest strength of Reykjavik and Iceland as a destination lies in the energetic source of nature, culture and local mentality. All these elements serve as the perfect backdrop for a memorable and effective event. Visitors claim it is the country´s energy, diversity and authenticity that gives the island an otherworldliness and spiritual inspiration.

The greatest challenge however for Meet in Reykjavík is to work with the misconception many meeting planners have about Iceland. This is understandable since some people know the country only from notorious headlines because of volcanic eruptions or the banking crises. Others see Iceland mainly as a nature or an adventurous destination.

Our task is to inform and educate them about the MICE infrastructure and framework.

The truth of the matter is that the infrastructure is modern with great restaurants and a wide variety of accommodation and venues. The number of direct flights from Iceland are frequent, reaching 80 destinations. Many are surprised to learn that the number of direct flights out of Iceland to North America is almost double the number from Sweden, Norway and Finland combined, due to the Icelandair Hub connecting Europe and North America.

Clarity in message and focus on key elements is crucial to establish the right perception for risk averse MICE planners. Apart from the modern infrastructure and highly educated workforce we find our competitive advantage is firstly the strategic location midway between the N-America and Europe, secondly the rugged and unique nature in the close vicinity of the city and thirdly the fact that Iceland is on a lot of people’s bucket lists.

People love to cultivate their curiosity and bring home stories about their experience and Iceland certainly has a lot of places that can take your breath away. The fourth influential factor that is becoming more prominent is the fact that Iceland is a safe and secure destination.