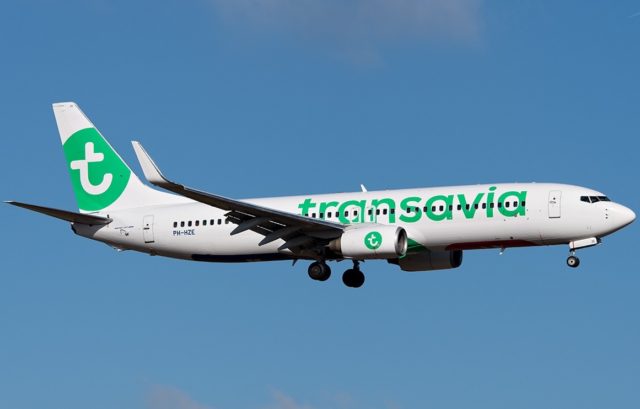 Dutch low cost carrier Transavia will launch flights from Amsterdam to both Belgrade and Ljubljana next year. The KLM subsidiary plans to operate three weekly services each to the Serbian and Slovenian capital cities, providing competition to both Air Serbia and Adria Airways.

Flights to Belgrade and Ljubljana are set to launch on April 4 and operate each Tuesday, Thursday and Sunday with a 183-seat Boeing 737-800 aircraft. Tickets are already on sale through the airline’s website. The addition of both Belgrade and Ljubljana to its network are part of Transavia’s larger expansion plans from Amsterdam next summer season, which will see the carrier add a total of six routes.
Transavia will compete directly against Air Serbia on its flights between Amsterdam and Belgrade. The Serbian carrier maintained eleven weekly services on the route this summer with its Airbus A319 jets. It boasts codeshare agreements with KLM, Etihad Airways and Air Baltic on the route. In July, Air Serbia’s CEO, Dane Kondić, said the airline would see significant low cost competition in the coming period, noting that it “weighs heavily on our thoughts in terms of our future plans”. On the other hand, Wizz Air maintains services from Belgrade to Eindhoven, which is some 125 kilometres from Amsterdam. It operates the route twice per week.

The Dutch low cost carrier will compete against Adria on its service from Amsterdam to Ljubljana. The Slovenian carrier has been running four weekly flights on the route this summer and plans to boost frequencies during the coming winter. Adria is also reportedly seeking to secure a codeshare agreement with KLM on its flights between the Slovenian capital and Amsterdam. News of Transavia’s arrival to Ljubljana comes just weeks after easyJet announced plans to launch its second route to the city. Ljubljana Airport is looking for foreign carriers to boost their operations following a decline in passenger numbers over the past few months as a result of Adria Airways’ network reductions.