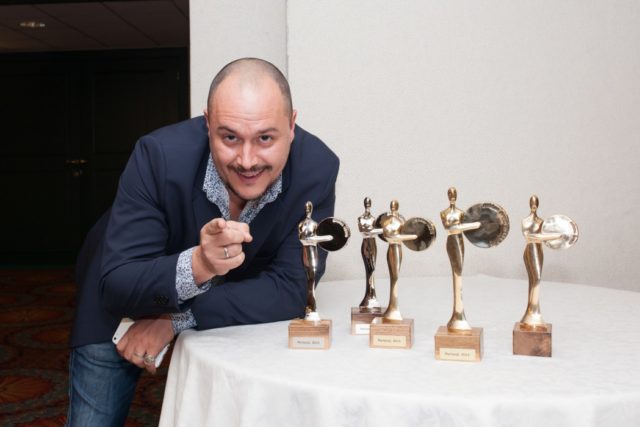 From 18 to 21 October, Ljubljana will be hosting the International festival of creativity, the 23rd Golden Drum. Under the main theme Inspire to be Inspired, the festival will be awarding the most creative works from New Europe and sharing new advertising knowledge. Around 40 speakers will be taking the stage, 1.215 entries from 26 countries will be competing for the Golden Drums and around 1.000 delegates will be inspired at this annual creative festival.

Golden Drum, International Festival of Creativity, is more than an international competition of creative advertising and more than its legendary parties and award shows. It is made to inspire. This year for the first time in its history, the festival will leave Portorož and will be held in Ljubljana. The main festival venue, the Ljubljana castle, will be supported by Grand Hotel Union as a second programme location and GR – Ljubljana exhibition and Convention Centre as the venue hosting the Gala award show and Golden Drum Gala party. For the next week the whole city will breathe creativity.

But the change of location is not the only novelty that 23rd Golden Drum brings. In the castle overlooking the Green Capital of Europe 2016 the achievements from the region will be put in the spotlight with new Best Capture of Local Spirit and Golden Drum Adriatic awards. True friends of the festival who will bring their inspiration to the green gem in the heart of Slovenia, will show their support and give true recognition for this annual create festival. Mojca Briščik, director of Slovenian Advertising Chamber, said: “Agencies from 26 countries have entered a total of 1.215 works in the Golden Drum this year. Agencies of the Adriatic region have reported 46 percent more works than last year. A large jump in this year’s Golden Drum was recorded in the Off Drum Poster Award competition – an interest among young people under 30 is not only there, but is obviously gaining in strength.”