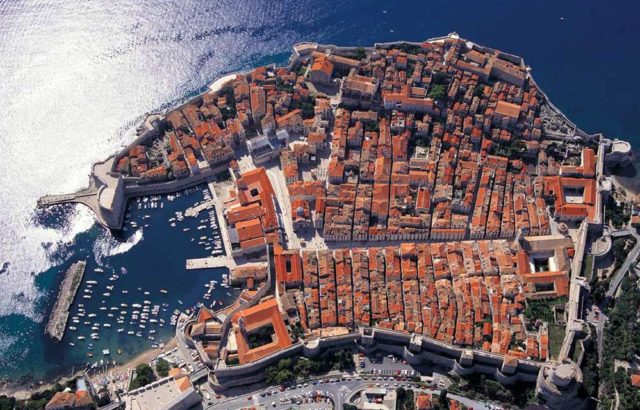 The Croatian city of Dubrovnik is becoming a desirable film destination after world famous Star Wars, Game of Thrones and cult James Bond movie, now the city announced that in Spring 2017 Hollywood will be shooting there a movie “Robin Hood: Origins”. Produced by an Oscar winner Leonardo DiCaprio with amazing Oscar awarded actor Jamie Foxx reportedly in one of the leading role (Little John) together with even more celebrity Oscar awarded cast staring in the movie.

Dubrovnik is without a doubt becoming one of the largest open-air studio in the world. Mayor of Dubrovnik, Andro Vlahušić announced that the city is talking with Lionsgate Films management for filming the famous movie sequel, “Robin Hood: Origins”. He emphasized the benefits of such project for Dubrovnik, since this movie has provided a budget of tens of millions of Dollars just for marketing, and their annual promotion for Dubrovnik is estimated at less than 1 Million of Dollars.
The entire outdoor shooting of the movie should be all done in Croatia so the stars of the film will spend most of their time in Dubrovnik, as well as a good part of the team that has more than 1,000 people. The studio part of the movie will be filmed at studio in Budapest.

This will be the largest film production in Croatian history that is expected to be filmed in January and February next year under the Lionsgate Film production. Blockbuster movie will be directed by Otto Bathurst with actor Leonardo DiCaprio being the executive producer of the film. The cast is consisting of many famous actors, like Welsh actor Taron Egerton, famous for his role in Kingsman: The Secret Service and Maid Marion will be played by Irish Actress Eve Hewson, who is the daughter of Bono from U2. And of course Jamie Foxx.

One thing is for certain, the proposed film will have a knock-on effect to the city’s tourism industry. And if that effect is anything close to the Game of Thrones then Dubrovnik will soon become even more popular live movie stage and even bigger tourist attraction as a popular and “must see” movie destination.