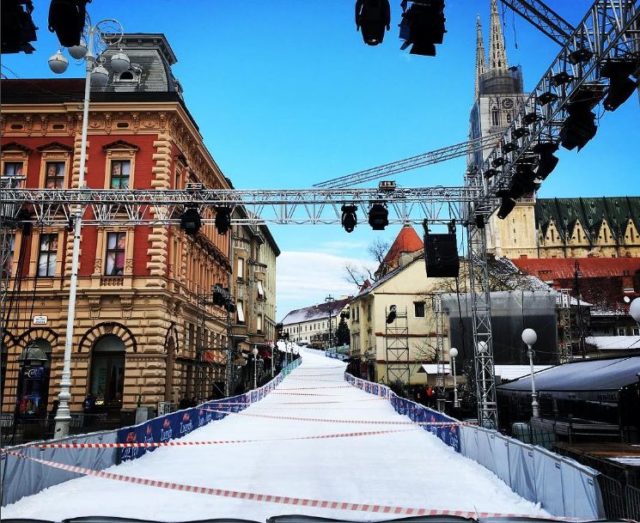 Besides amazing Adriatic Sea, Croatia also offers a magnificent surrounding for all ski lovers in the first week of January.

This exhibition ski race, a part of the FIS Ski World Cup event – the Vip Snow Queen Trophy, was truly a special race, passing by unique Zagreb landmarks and was held for the 11th time in a row in Zagreb. The race started on Toma Bakač street, passing Zagreb’s famous cathedral before finishing at the famous Manduševac fountain on the main Ban Josip Jelačić square.

For this special jubilee – 50 years of the world cup and for the promotion of the Croatian capital, they created this beautiful ski slope in the middle of the city, since Zagreb is the only capital hosting a FIS Alpine Ski World Cup race this year.