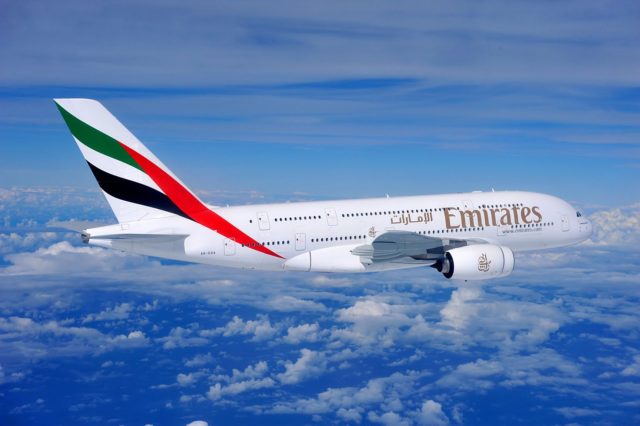 Emirates, the world’s largest international airline, will launch year-round flights between Dubai and Zagreb this summer season, with the Croatian capital becoming its first destination in the former Yugoslavia the EX YU Aviation reported yesterday.

Services will commence on June 1 as flight EK129 and operate daily with its 364-seat Boeing 777-300 aircraft, featuring twelve first class, 42 business and 310 economy class seats. Emirates will offer passengers from Croatia connections to over 150 destinations spread over six continents via its hub in Dubai, however, its main target are connecting passengers to and from Australia and Asia. Emirates will also become the only airline to link Dubai with Zagreb after hybrid carrier Flydubai suspended the service in November of last year sighting “operational reasons” for the route’s termination.

Commenting on the new service, Emirates’ Executive Vice President and Chief Commercial Officer, Thierry Antinori, said, “Emirates has had a commercial presence in Croatia since 2003, so to launch full operations is a natural progression. Emirates is pleased to have this opportunity to add such a picturesque destination to our global route network. We look forward to working with our partners and stakeholders in Croatia to provide our world renowned service to our customers on our young, modern fleet of aircraft. We are also committed to our contribution to growing the trade and tourism flows between Croatia and Dubai, as well as encouraging incoming tourism from the Middle East and Asia Pacific, where Emirates operates 45 destinations”. The company also noted, “The new flights will not only benefit travellers in Croatia, but also those in neighbouring Slovenia and even the southern regions of Hungary and Austria making it more convenient to travel with Emirates to Dubai and beyond. Visiting the airline’s home of Dubai for leisure or business, in a choice of three different cabins, on a modern, wide-body aircraft, is now a viable option. Onward travel to Shanghai, Beijing, Bangkok and Kuala Lumpur, or Sydney, Melbourne, Maldives, Seychelles and Sri Lanka can all be reached with less than four hours’ transit time”.

Although Emirates will have no direct competition on the route, it will battle over the same passenger base with Gulf rival Qatar Airways, which this summer plans to maintain ten weekly flights to the Croatian capital from its hub in Doha. The Qatari airline will up capacity on the route this summer by operating flights with its 182-seat Airbus A321 aircraft. Emirates recently said it had no plans to serve the former Yugoslavia and noted that Slovenia and Serbia were its best selling markets within the region. However, the airline did hold talks with both Zagreb and Belgrade airports, as well as officials from Slovenia over potential flights.
In what can be described as a major scoop for Zagreb Airport, the management has delivered on its promise of attracting new airlines in 2017 as its focus shifts away from the construction of its new terminal building, which is set to open its doors this March. All passengers on the new Dubai – Zagreb service will have access to Emirates’ award-winning inflight entertainment system offering more than 2.500 channels of on-demand entertainment at every seat, regionally inspired dishes, complimentary wines, and dedicated children’s menus and activities. Passengers will also experience Emirates’ inflight service from a multilingual cabin crew representing over 135 nationalities and more than 60 languages.
Post Views: 2,564