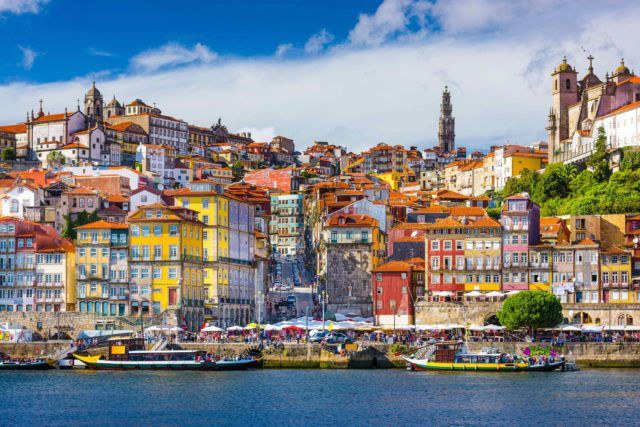 Agreement signed also with the location which will host EuBea Advisory Board Meeting in 2017: Rimini, from March 16 to 18.

ADC Group and APECATE announce that the 12th edition of The International Festival of Events and Live Communication – EuBea 2017 – will be hosted in Oporto between the 15th and the 18th of November 2017 with the support of Tourism of Portugal and the Association of Oporto Tourism.

“The works for the 2017 edition of EuBea have started under the best possible auspices”, says Salvatore Sagone, President of EuBea Festival and CEO at ADC Group. “We are fortunate to have as organisational partner the association of the best event professionals in Portugal. No doubt, the next edition will be a great success and able to spread the word EuBea throughout the world, also thanks to a new and special section of the competition – Bea World – which will be dedicated to the global event market”.

Ana Fernandes, the Vice-President of APECATE, responsible for the Event in Portugal says: “This event will be very important for Portugal, more specifically for the Greater Oporto. On the tourist and economical level, EuBea will receive agencies from more than 29 countries and this year opens the doors to global agencies that will not only participate in the Festival but also witness the potential that Portugal has to capture and organize events.”

In addition, ADC Group has also just signed an agreement with the Convention Bureau of Rimini Riviera: “We are very pleased to announce that, thanks to their precious collaboration and support, the annual EuBea Advisory Board Meeting will be hosted in Rimini”, adds Sagone. “Over three days, the most influential and brightest minds of the international event industry will gather in Federico Fellini’s hometown to define the guidelines of the next edition of the Best Event Awards, to make the Festival even better”.

The International Festival of Events and Live Communication, as well as all its partners and sponsors, will have greater notoriety nationally and internationally thanks also to Bea World that will allow agencies and companies from all over the world to contend for the renowned golden elephant trophies.

About EuBea:
EuBea – the European Best Event Awards – is an initiative launched in 2006 by ADC Group as a key competition in the field of event marketing. It recognises and promotes excellence in events and live communication across the world. In 2014, EuBea established a new landmark for the Event Industry by transforming itself into a truly live communication experience: EuBea Festival, the International Festival of Events and Live Communication, the perfect platform for event professionals to take inspiration, share ideas, network and create business opportunities. Participants of the EuBea Festival include event agencies, public and private companies, associations, production companies, public relations, communication and promotion and local agencies from more than 29 countries.