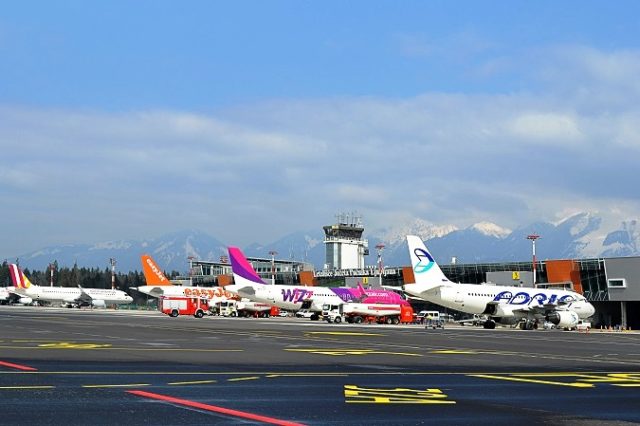 Higher growth rates were recorded for both the domestic carrier and foreign carriers in January. Foreign carriers handled 35.7% more passengers YOY in January. The total number of passengers in the public traffic segment who passed through the Ljubljana Jože Pučnik Airport in January came in at 89,396 despite January being the quietest month of the year in terms of transport. The 21.5% rise in passenger numbers represents a continuation of the positive trends seen at the end of 2016. There were 18.7% more passengers in the public traffic segment in December.

Despite this and the fact that the network of flight connections had improved for the summer and winter flight timetables, the total number of passengers carried in the public traffic segment was slightly lower in 2016 than the year before. In 2016 a total of 1,404,831 public traffic passengers passed through the airport, which is down 2.3% on the year before, while the number of aircraft movements was 23,181 last year, which represents a decrease of 0.1% on the figures for 2015.

Total cargo carried increased by 5.4%, amounting to 19,580 metric tons, with air cargo accounting for just over half (rising by 2.5%). Although the slight fall in last year’s transport numbers stemmed from the political and security-related uncertainty in some formerly popular charter destinations such as North Africa and Turkey, the restructuring of the domestic carrier was the primary reason. Transport numbers for foreign carriers, especially the low-cost airlines, have risen cumulatively by 13.3% over the last year. Towards the end of the year, a positive trend in this regard emerged for the domestic carrier, which still carries the most passengers at the Ljubljana Jože Pučnik Airport.

There is certainly no lack of challenges for the company on the horizon. Last year was marked by the integration with the Fraport Group, which is set to continue this year. We have also introduced an updated flexible tariff system which has improved competitiveness and the incentives available for attracting new transport users. The system will contribute to the introduction and expansion of new and existing flights as well as to the engagement of new carriers. Last year, we also began work on the construction and relocation of a section of the road next to the airport, which represents an important step towards the airport’s continued development. The bypass road is set to be completed by the end of the year.

The comprehensive overhaul of the IT system that began last year is still underway. This year the Fraport Aviation Academy will be launched, the main purpose of which is to cater to the training requirements of the airports in the Fraport Group as well as the market generally. The academy is set to open its doors in the spring, with the construction of the training centre projected to cost EUR 4 million. This year, we will commence with the upgrade of the passenger infrastructure, and the company will begin its search to find its first investor for the Aeropolis business and logistics park.