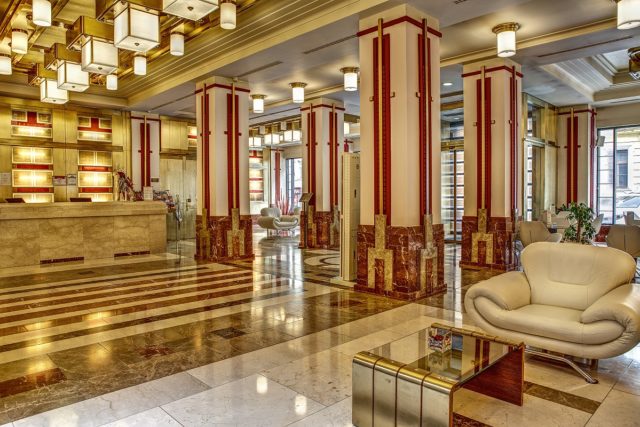 The Majestic Plaza hotel will be managed by Jan Hamouz, whose aim is to build a new, more efficient structure of the hotel management and services.

“It was a matter of time, when the Majestic Plaza hotel, owned by the same parent company – Le-Investment, joins the Le Hotels Group thanks to the positively evolving trend and financial results Le Hotels Group’s hotels showed in the past. Now, our goal is to set up processes that ensure the same trend in the results, which we observe at our other hotels,” said Petr Lžičař, CEO at the Le Hotels Group.

Grandior Hotel Prague, Grand Majestic Plaza, Hotel Yasmin, Hotel Élite and newly the Majestic Plaza hotel are currently operated under the Le Hotels Group brand. Together, the hotels situated in the Prague city centre offer the capacity of 1,046 rooms and can provide meeting spaces of almost 4,000 square metres for more than 2,000 people in the theatre style. Hotel Yasmin, currently under the reconstruction, will provide 200 additional rooms by the end of 2018.

Le-Investment s.r.o. has been operating on the Prague hotel market for 19 years with Xuan Long Le as the investor and sole owner of the company. Le Hotels Group (LHG) was established three years ago, and is represented by General Managers of the hotels – Petr Lžičař and Milan Švára. By sharing some hotels’ services such as sales and reservation department, the Group achieved cost optimization and increased their business potential especially in the resale of capacity between member hotels. Private clientele makes up the highest share of LHG hotels’ sales, followed by a significant share of delegates attending conferences, meetings and other events. MICE development is supported e.g. by membership in the Prague Convention Bureau or via foreign representations of the Group.