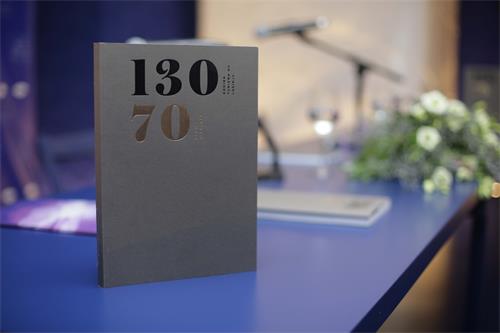 Jadranka Group, one of the most successful Croatian company in the hotel industry is celebrating 70th anniversary this year and the company marked the special occasion with an event at Mali Lošinj which also marks the beginning of a series of celebrations – this year marks the 130th anniversary of the establishment of the Tourist Office in Mali Lošinj and 125 years since the proclamation of Mali and Veliki Lošinj in the climatic health resorts.

The Croatian Minister of Tourism Mr. Gari Cappeli also attended the event and addressed the guests:“With a rich tourist tradition, the Lošinj island represents a kind of cradle of Croatian tourism, with the company Jadranka from 1947 to today being the main driver of growth and development of the Lošinj-Cres archipelago. This result of synergy and excellence on Lošinj’s example is that Croatian tourism is developing in the right direction, all with the inevitable support of all residents who have recognized in the future the necessity of improving their offer for the purpose of developing the destination and the entire region.”

Tourism in Croatia is one of the most promising and fastest growing activities, and the first four months show that this year summer season will be again very successful and higher than European average. In their first quarter, Croatia has recorded 1.7 million arrivals and 4.7 million overnight stays, an increase of 22 % in the same period of the previous year and 26 % in the nights. With their strategical development in the congress industry to prolong the high season also in the off seasons, educating new congress professionals, re-opening of Croatia Convention Bureau, opening new flight connections, opening new 4 and 5 star hotels that offer high quality professional services for leisure and business guests – no wonder Croatia is becoming the IT congress place.

Jadranka Group has been one of the main development force in the Croatian tourism for Lošinj and Cres islands, taking care of more than 700 permanent employees and considering the seasonal nature of its business, the Group also employs around 700 seasonal staff during the season, mostly in the hotel business. Since its establishment in 1947 to date, Jadranka Group has continuously operated primarily as a hotel company, which is now among the most successful companies in the Croatian hotel industry. Jadranka Group comprises of the following companies: Jadranka hoteli, Jadranka kampovi, Jadranka trgovina, Marine Medical Center, Kamp Slatina, Yacht Club Velopin, Jadranka Yachting and Lošinj International Airport. Jadranka hoteli owns and operates 6 hotels and numerous small villas in 3 separate and separately positioned hotel zones in Mali Lošinj and Veli Lošinj. Jadranka kampovi and Kamp Slatina operate 4 campsites on the islands of Lošinj and Cres.