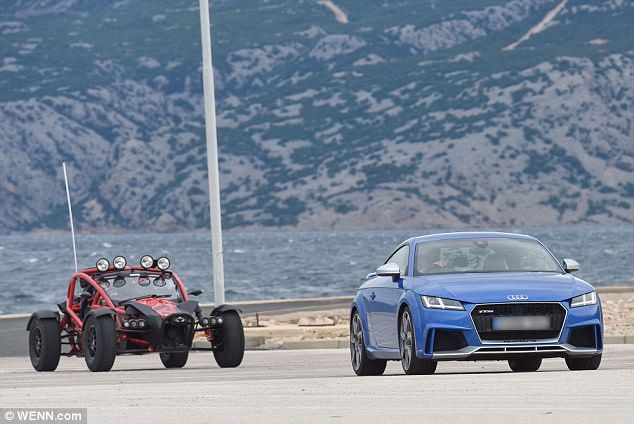 Croatia offers so much and more for event planners, automotive industry for exclusive car launches, movie and commercial shootings and MICE industry. No wonder Jeremy Clarkson and John Hammond have been shooting the scenes for the second series of “The Grand Tour”, which will be released on 19th November 2017. The two have been spotted enjoying the shooting on beautiful island of Pag this week, which has joined the other prominent 2nd season shooting locations, including Mozambique, Barbados, US and Georgia. Last year the show visited Finland, South Africa and Dubai.

The Balkan country has gotten some pretty amazing ambassadors in recent years, with many celebrities and MICE industry experts praising the country for its pristine beauty, professional services, diverse offer and great hospitality. From individual tourists to congress guests and MICE industry which has evolved in recent years. And let’s not forget about the movie industry which has fallen in love with some Croatian gems (Hollywood has filmed movies like Star Wars, Robin Hood, Game of Thrones, etc. in Dubrovnik). No wonder, Croatia has been strategically investing, planning and executing their long-term goals becoming one of the top tourist destination, not just in the top season (spring and summer,) but also in offseason, focusing on MICE industry. With this kind of publicity, the future of Croatia sure looks bright.

Prestigious show “The Grand Tour” is basically known to everybody in the world, especially because of its amazing, knowledgeable and humour’s three hosts who present the great world of motor vehicles, primarily cars, to the audience with their special and very unique way, full of humour and sarcasm. The show has become the most widely watched factual television programme in the world with their prominent host Jeremy Clarkson, James May and Richard Hammond. It is based on the former “Top Gear” show airing since 2002 which was faced with a scandal and due to Jeremy Clarkson »infamous« behaviour during his clash with the show producer in 2015 he was dismissed. The other 2 hosts also choose to leave together with Clarkson, but because of their great popularity, Clarkson and both of his co-host May and Hammond “relaunched” it in 2016 under the name “Grand Tour”.