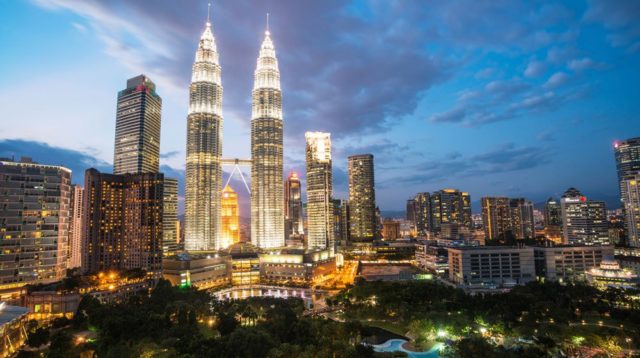 Malaysia returns to Frankfurt for the IMEX worldwide exhibition for incentive travel, meetings and events from 16 to 18 May 2017 that congregates global player in the business events industry.

The IMEX in Frankfurt, for the seventh consecutive year, has given Malaysia a powerful platform in further marking Malaysia on the map of the global meetings industry. Malaysia Convention & Exhibition Bureau (MyCEB), an agency under the Ministry of Tourism and Culture Malaysia and its industry partners participated in the event to trigger momentum and advance the country’s business events offerings.

Malaysia is well-positioned in attracting high-level international meetings and has maintained its credentials ranking at no.9 in the Asia-Pacific region and 35th in the world in the recently released ICCA 2016 Ranking.

In 2016, MyCEB has secured a total of 153 events, with a total of 111,298 delegates, while delivering an economic impact of RM 1.035 billion (USD 234 million) to the country. This continues to drive Malaysia’s positive momentum for the business events industry.

Malaysia is set to introduce 32 new hotels, adding more than 7000 rooms throughout the country by December 2017, catering to the needs of business travellers. Venues that have already opened its doors to travellers include St Regis Langkawi, which complements the world-class Langkawi International Convention Centre (LICC) that was officially launched in Feb 2015. St Regis Langkawi offers six meetings and event venues.

Kuala Lumpur will see new hotels and meeting facilities such as Element Kuala Lumpur, the tallest eco-friendly hotel with a 360° view of Kuala Lumpur and a range of hotels that will redefine the business events industry such as Royale Pavilion Hotel Kuala Lumpur. Penang, on the other hand will see four new hotels with one of them being DoubleTree Resort By Hilton to officially be launched in May while Sabah will see 3 new hotels, in which among them are Hilton Kota Kinabalu Sabah and Ibis Styles Kota Kinabalu Inanam.

Malaysia also welcomes five new convention centres in 2017 and beyond. One of them is Malaysia International Trade and Exhibition Centre (MITEC) @ KL Metropolis which is a masterpiece of design and is set to be Malaysia’s largest exhibition space with which will have a total of 11 exhibition halls and a gross floor area of one million square feet, supported by state-of-the-art facilities.

Malaysia Like Never Before (http://www.likeneverbefore.my/) campaign highlights the unique features of five key Malaysian destinations for corporate meeting and incentive travels: namely Kuala Lumpur, Georgetown, Langkawi, Kota Kinabalu, and Kuching. Though familiar to regulars of the business events industry, the campaign has reimagined these destinations, guaranteeing a fresh and memorable experience for visitors.

Each destination has its own unique theme, such as:

‘Do’, ‘Stay’, and ‘Eat’ recommendations for the most unique and luxurious offerings are listed for each of the destination.

Enhancing “Malaysia Like Never Before” campaign, the Malaysia Twin Deal XP (MTDXP) is an experiential rewards programme for hosting corporate meetings and incentive groups of 30 participants onwards in Malaysia.