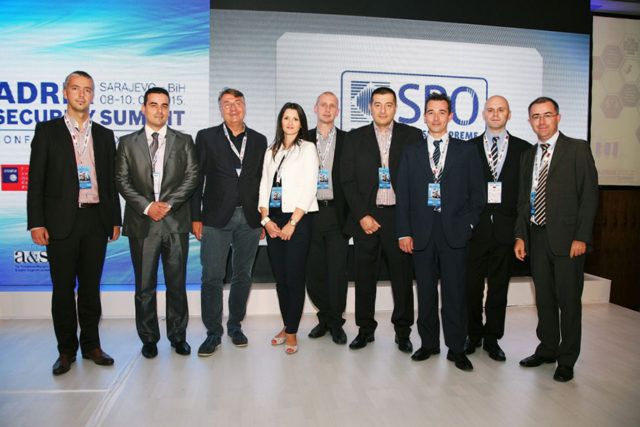 Messe Frankfurt is to strengthen its support for the safety and security sector and will be working together with event organisers Global Security d.o.o., whose headquarters are in Bosnia Herzegovina. The two companies have recently concluded a licensing agreement. With this move, Messe Frankfurt is to assist with the ‘Adria Security Summit’ in Sibenik, Croatia, for the first time, from 13 to 15 September 2017. The event will, from then on, be held under the name of the ‘Adria Security Summit powered by Intersec’. The ‘Adria Security Summit’ is a high-calibre, regional conference for safety and security technology, incorporating an accompanying trade exhibition, which has been held since 2015 – each time at a different venue in the Balkan region. After its premiere in Bosnia Herzegovina, the second show took place in Serbia in 2016.

Wolfgang Marzin, President and Chief Executive Officer of Messe
Frankfurt, comments: “I am delighted that we are now represented as a partner of the safety and security sector in Southern Europe, too. With the ‘Adria Security Summit powered by Intersec’ we are taking our first steps into this relatively small, but increasingly important market. And the conference is the latest new venture in the security, safety and fireprotection business, which occupies an important place in our company. With eleven events on four continents, we offer the sector a number of attractive platforms, ideally tailored to local and regional conditions.”

Mahir Hodžić, General Manager of Global Security: “Our work on promoting the security industry through publishing business and event organization in the past twelve years will be crowned with a new partnership with Messe Frankfurt company. As a central and annual conference and exhibition in the Adriatic region, Adria Security Summit will receive a valuable partner worthy of warranting its further growth and strengthening. As major players at the global and regional level in the area in which we do business, our company and MF will come by a new value that will ultimately benefit distributors, system integrators, manufacturers and end users in the security product and service industry.”

Some 50 exhibitors and sponsors at the ‘Adria Security Summit powered by Intersec’, as well as around 500 participants from the whole of the distribution chain, relating to safety and security technology are expected. They include manufacturers, wholesalers and retailers, construction and installation engineers, planners and safety and security officers from the most diverse sectors. Alongside the conference section, which will be concerned with current developments in the entire field of safety and security technology, networking also plays a major role. In the accompanying specialist trade exhibition, companies from the sector will be showcasing their latest products and solutions.

Further information can be found at: www.adriasecuritysummit.com

With, currently, eleven events worldwide, Messe Frankfurt is one of the leading providers of events for the safety and security sector. They organise trade fairs and congresses for both the Intersec and the Secutech brands in the Near and Middle East, in Africa, Asia, South America and Europe. The latest addition to the portfolio of trade fairs has been Intersec Saudi Arabia, which took place from 2 to 4 May 2017 in Jeddah for the first time.
Further information on all the events for the safety and security sector can be found at: www.safety-security.messefrankfurt.com