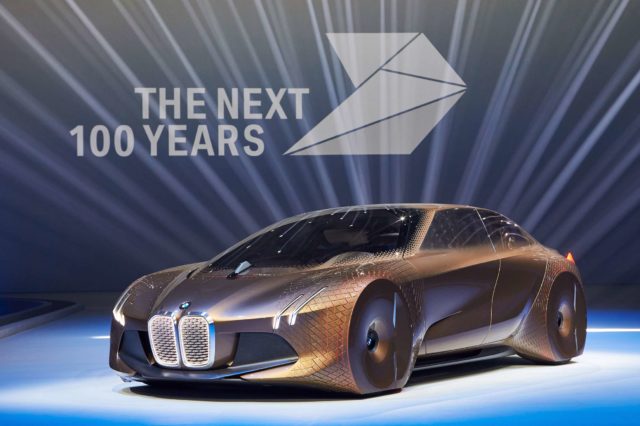 The annual Ex Awards are one of the most important international distinctions for live-marketing professionals, the more so as they are the only competition where the judging panel consists only of brand representatives. This year, the judges had to choose the winners from more than 1,000 submissions.

The award ceremony took place during the gala of the Experiential Event Summit in Chicago, organized by the leading industry magazine eventmarketer. Also present was VOK DAMS, agency for events and live-marketing. It was during the gala evening that the nominated agencies were to find out, which one of them could take home one of the coveted EX Awards in the respective categories.

Thus, tension was building; whose project had won over the judges in the category “BEST PRODUCTION OF AN EVENT (b2b)”?

When the words “and the winner is …. VOK DAMS” were spoken, the audience – amongst them Colja M. Dams, CEO VOK DAMS Group – responded with loud cheers.

The winning project “BMW THE NEXT 100 YEARS”, the spectacular kick-off event of the 100-year anniversary of BMW’s entry into the commercial register, had wowed judges and audience alike.When he received the Ex Award, Colja Dams thanked all those involved in the project – the client BMW Group, VOK DAMS Munich, Andree Verleger,

When he received the Ex Award, Colja Dams thanked all those involved in the project – the client BMW Group, VOK DAMS Munich, Andree Verleger, congaz visual media company and all colleagues and partners – whose hard work and dedication had made possible this centennial event.