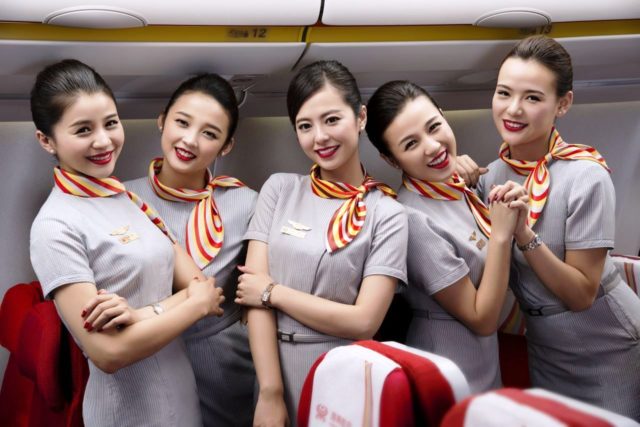 Hainan Airlines will introduce flights between Beijing and Belgrade via Prague on September 15, with ticket sales to commence in the coming weeks.

Flight HU7937 from Beijing via Prague will touch down in Belgrade at 09.20 local time, with the return journey scheduled for 11.10, each Monday and Friday.
The airline will maintain flights with an Airbus A330-200/-300 aircraft depending on demand, but has also received approval to dispatch a Boeing 787 Dreamliner on the route if the need arises. China’s largest private carrier is seeking regulatory approval for fifth freedom rights between Prague and Belgrade, which would allow it to sell tickets between the two capitals. Currently, Air Serbia maintains flights between the two cities ten times per week. If the existing schedule is sustained by both airlines, there will be a total of three daily flights on the Belgrade – Prague – Belgrade sectors each Monday and Friday. Hainan has also received approval to operate a third weekly flight to the Serbian capital if it wishes to do so.
Meanwhile, Belgrade Airport handled its second-millionth traveller of the year this Tuesday, the earliest it has done so since opening its doors more than half a century ago. The two millionth passenger passed through Serbia’s busiest airport eleven days ahead of last year. As a result, it welcomed 194.875 travellers during the first two weeks of June and is on course to overtake both the record set for the month in 2015, as well as last year when there were 1.000 passengers less. Despite a fewer number of flights by Air Serbia this summer, which no longer maintains services to Istanbul, Warsaw, Kiev and Varna, foreign carriers, which are registering a significant increase in both passenger numbers and aircraft movements, are expected to push the airport to a record breaking year.
During 2017, both Transavia and Atlasglobal launched flights to the Serbian capital from Amsterdam and Istanbul respectively. The latter has boosted its operations from daily to ten weekly services due to strong demand. On the other hand, Wizz Air stationed its second aircraft in the city, launching four new routes. Furthermore, Greek leisure carrier Ellinair introduced new flights over the weekend, while Egyptian airline AlMasria Universal Airlines will introduce two weekly seasonal flights from Hurghada tomorrow, which will be run until the end of summer. Other notable changes include an additional six weekly flights by two Israeli carriers from Tel Aviv this summer, an extra three weekly services by Qatar Airways from Doha starting in September, as well as Air Serbia’s new four weekly service to Venice which will be maintained during the winter season as well.
Post Views: 2,815