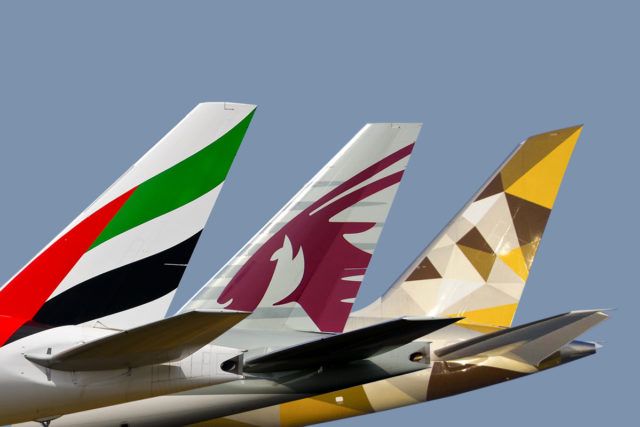 Ljubljana Jože Pučnik Airport is continuing to seek nonstop flights to the Middle East, despite increased competition from nearby rivals in Zagreb and Venice making it increasingly difficult to secure such operations.

The recent launch of Emirates’ daily service from Dubai to Zagreb, which is also aimed at Slovenian travellers. has resulted in Flydubai, once seen as a potential new operator at Ljubljana Airport, back down. The airline’s Commercial Senior Vice President, Jeyhund Efendi, told EX-YU Aviation News that the carrier is focusing on its operations to Belgrade, Skopje, Sarajevo and Tivat, which launches later this month. “Flydubai is always looking at exploring new opportunities for our network, but at the moment we do not have any immediate plans for Ljubljana”, Mr Efendi said. Emirates recently noted it was looking to work with Flydubai so as not to overlap and compete on existing markets.

Both the Slovenian government and Ljubljana Airport launched an offensive last year to attract Gulf carriers. The airport held talks with leading airlines from the United Arab Emirates (UAE), including Emirates, Etihad Airways, Flydubai and Air Arabia. Furthermore, Slovenia and the UAE signed a Civil Aviation Agreement, which enables flexibility on routes, capacity, number of frequencies and types of aircraft between the two countries, for both passenger and cargo flights. On the other hand, the Qatari Minister of Economy and Trade, Ahmed bin Jassim Al Thani, recently visited the country where he expressed hope for flights between Doha and Ljubljana to be established in the near future. However, Qatar Airways did not include Ljubljana in its latest expansion plans for 2018, which will see cities such as Cardiff, Mykonos, Kiev and Prague added to its growing network.

Ljubljana, which is in close proximity to a number of larger airports, is looking to increase its competitiveness by offering more direct flights. Besides Emirates, Zagreb Airport is served by Qatar Airways, while Etihad, Emirates and Qatar link Venice to the Middle East. In April, the Slovenian Ministry for Infrastructure noted that it is concentrating its efforts on boosting the country’s air connectivity and linking Ljubljana Airport with new destinations. “In our opinion, it is important for Slovenia to be connected with the rest of the world, no matter which airline provides the service. As long as they are safe and offer affordable fares to the public”. In a recent report, Ljubljana Airport noted, “By working on marketing, we aim to encourage airlines to launch new routes and increase passenger numbers at the airport, particularly from neighbouring countries and thus reduce the outflow of local passengers to neighbouring airports”. It added, “We will focus our marketing activities on raising our profile and strengthening the airport’s competitive position in the region”.