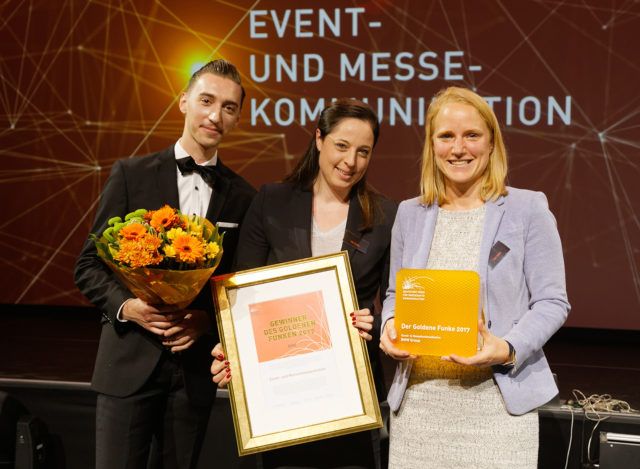 The Munich team of VOK DAMS, the agency for events and live-marketing, is delighted about being awarded the renowned German Business Communication Award – the “golden spark”.

From 2001 onwards, companies, which distinguish themselves with outstanding, target-focused and effective business communication have been awarded this price. The independent judging panel consists of students of the University of Applied Science, Berlin, who receive specialist support from industry experts.

BMW Group’s “THE NEXT 100 YEARS”, which has already won several international awards, managed to convince the judges in the category event and trade show communication.

A convincing, multi-media project in a class of its own, made possible by the dedicated joint effort of the client BMW Group, the GOK DAMS team in Munich as well as media artist Andree Verleger and several other partners.

The 16th award ceremony in Berlin’s Columbia hall was a fireworks of first-class entertainment, interspersed by inventive laudations in the six categories, enthusing the 500 industry representatives.

For information on the award ceremony see https://dpwk.de/