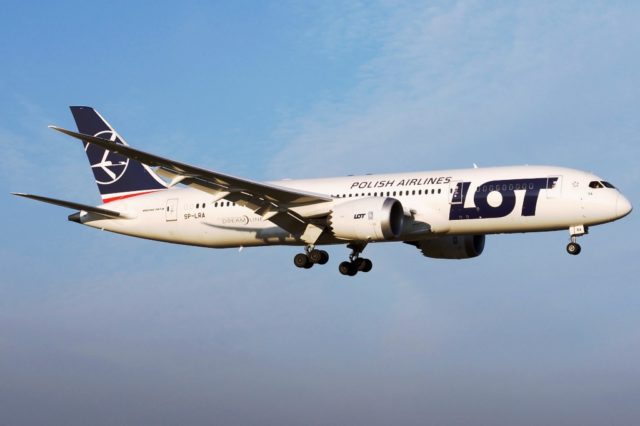 LOT Polish Airlines announced last week that it is to launch nonstop flights from Budapest to both New York and Chicago in May 2018. The two routes will be served by one of the carrier’s three-class Boeing 787 Dreamliner aircraft, which will be based at Budapest Airport. The carrier’s CEO, Rafał Milczarski, noted that the airline will be focusing on the Baltics and the Balkans region, which could see similar expansion in the future. Notably, emphasis will be put on cities in the area which serve as hubs for Star Alliance member airlines with whom LOT can cooperate. Both Zagreb and Ljubljana are home to national carriers which are part of the alliance, while Croatia Airlines and Adria Airways codeshare on LOT’s flights from their respective hubs to Warsaw.

The Croatian Ministry for Tourism is in search for a carrier willing to launch flights between Zagreb and New York. Airlines from both the US and Europe, including leisure carriers, are all under consideration, with the government determined for services to begin next year. On the other hand, Ljubljana Airport has noted that only a foreign carrier could have the potential to introduce services from the Slovenian capital to the United States.

Earlier this year, Ljubljana Airport’s General Manager, Zmago Skobir, said in an interview, “Theoretically it is possible for us to have intercontinental flights again, but it is unlikely. The Ministry for Infrastructure has concluded agreements with a number of countries. One of the most liberal ones is with the United Arab Emirates, which would allow for flights from Dubai to New York via Ljubljana. So, it is possible, but in reality, it depends on the actual demand and economies of scale”. Mr Skobir added, “Within a radius of 500 kilometres, we have five airports, each offering flights to the United States for 500 to 600 euros. Can Ljubljana generate enough traffic for a transatlantic route to be profitable? If for example, Emirates established two to three weekly flights from Dubai to New York via Ljubljana, I think some fifty to sixty passengers would board in Ljubljana”. It should be noted that the interview was conducted prior to Emirates announcing its daily service to nearby Zagreb.

Mr Milczarski said, “We want to be the preferred airline in Central and Eastern Europe. This region suffers from an insufficient number of connections. If in fact, we can be the first choice in the region, it certainly will involve further announcements”. However, Mr Milczarski added that if the Budapest route proves to be loss-making, the carrier will not hesitate to suspend services, noting that it has no plans to build a hub with feeder flights from the Hungarian capital, the “Pasazer” portal reports. LOT emphasised that the move “marks another stage of market consolidation in Central and Eastern Europe, of which LOT is becoming an undisputed leader”. Within the former Yugoslavia, LOT maintains year-round flights to Belgrade, Ljubljana and Zagreb, as well as seasonal services to Split, Zadar, Podgorica and Pula, the latter two being launched earlier this summer.