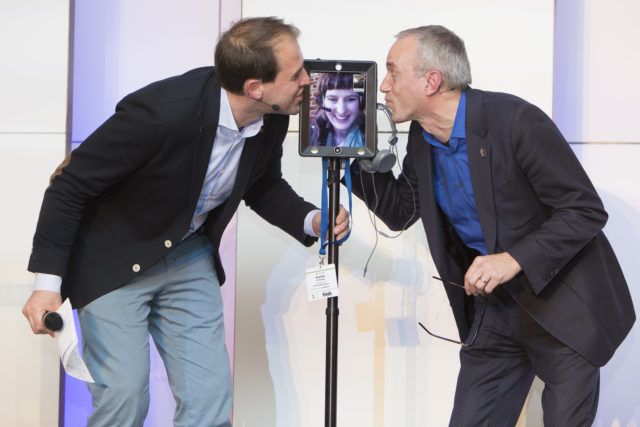 AUDIENCE ENGAGEMENT: MAKING YOUR EVENT STAND OUT FROM THE CROWD

Tempus fugit, as those who know the importance of time like to say, and participants certainly don’t want to be spending their own valuable time at boring meetings. Our hypothesis is that in addition to excellent content, events and conferences will also need to offer experiences and create interaction through engagement, otherwise in the future, it’s likely that they won’t survive. This assumption has been nagging at us for some time, so we decided to dedicate an entire segment of this summer issue of Kongres Magazine to practice cases that have actually worked and worked well.

The events set out below aren’t your typical ‘theatre-style conferences’. In fact, their premise has been to turn things upside down, for content to over-power form and to break the hinges what has been considered a unified conference box. They have been elevated by active participant engagement, a creative event space, social responsibility and local inspiration.

The model called Meetovation, created by the Danes is one that’s on the rise, and we hope meeting planners can take some things from it and incorporate them into their own work. What follows are some of the most resounding projects we’ve seen, created by divergent thinking and genuine out-of-the-box ideas.

IDEA
The man behind the Fresh Conference is Maarten Vanneste, who is also the founder of Meetings Architecture, a bold idea that gripped the industry in 2007. Maarten’s manifesto has heavily influenced many meeting planners and his idea about meeting architects has stuck with industry professionals. The realization that our industry is multidisciplinary and creative even penetrated right through to educational institutions. A practice case of connecting these written ideas and finalizing them brought the Fresh conference to life in 2012. The idea of this project is best captured in their own words: ‘The FRESH Conference is a ground-breaking incubator, an innovative melting pot and a no-rules pressure cooker for meeting design’.

CREATIVE FORMAT
From its very beginnings, the Fresh Conference has been a test bed for every meeting planner to try out new tools, methods, and techniques right at the event. It also allows them to meet with certified meeting architects, start-ups and to find new tools that could potentially improve event efficiency. In addition to the conference, their first edition of the technologically innovative Multi City Meetings conference was also a big success. It is a conference that happens in several hubs at the same time, each hub being a real, face to face meeting that takes place in one city. The authors of the idea believe that technology is bridging distance, language and cultural differences, so the lowered costs and simplified organisation bring Multi City meetings within everyone’s reach.

ENGAGEMENT
By introducing and demonstrating the latest tools and knowledge Fresh provides meeting planners, meeting designers, meeting producers and meeting owners with new ideas and methods to improve future meetings. All of the presentations, room layouts, the venue, the staging, the processes, the food – everything is new or innovative, or at least made interesting enough to investigate.

RESULT
Fresh made a huge footprint on the European Congress scene. They’ve been carrying out the event since 2012 and it quickly became the industry’s beating heart of innovation and development. It connects creative thinkers, technology professionals, moderators and start-up companies under a well-established trademark.